ANOTHER CONTAINER TOILET AT JOS JUNCTION BY COCHIN SHIPYARD 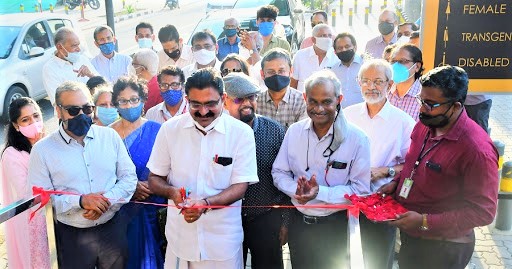 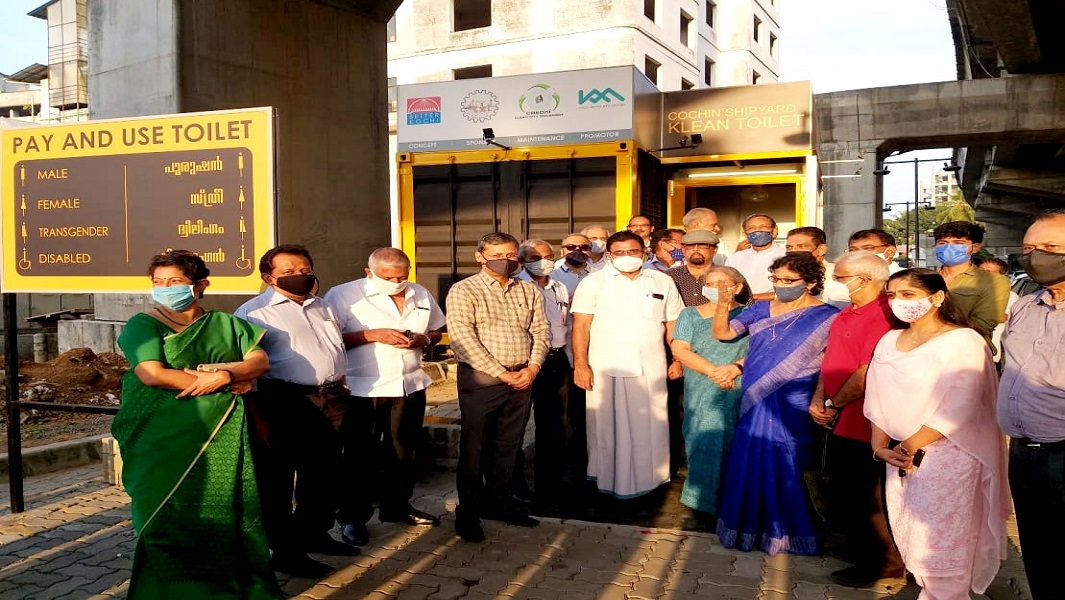 After the launching of Container toilet at Atlantis Junction, one more such initiative opened to public at Jos Junction, Ernakulam as a part of Corporate Social Responsibility (Swach Bharat Abhiyan) of CSL. The toilet designed by BKRG is being maintained by CREDAI under its 'Clean City Movement' campaign.

As it is made in the gender-neutral concept, the toilet will be open for all genders including transgenders in Kerala. The toilet is provided with ramps for wheel chair access and differently abled. The interior is finished in high-quality aluminium panels without joints which maintain top hygiene. It will smartly utilise the daylight through glass fixed on the roof. An advertisement area and a space for a vertical garden have been added to enhance the aesthetics of the space. Internal lighting is done through LED lights. All these facilities are made inside a 20-feet container suitably modified for the particular use. The maintenance charges and other expenses of the pay-and use toilet is met by the user charge and income from advertisements. 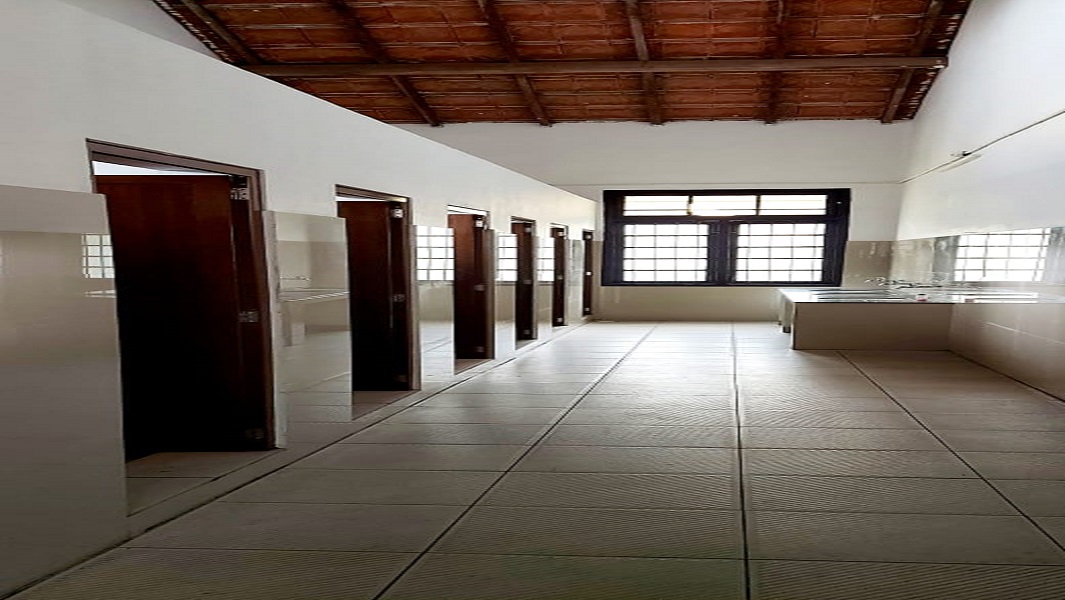 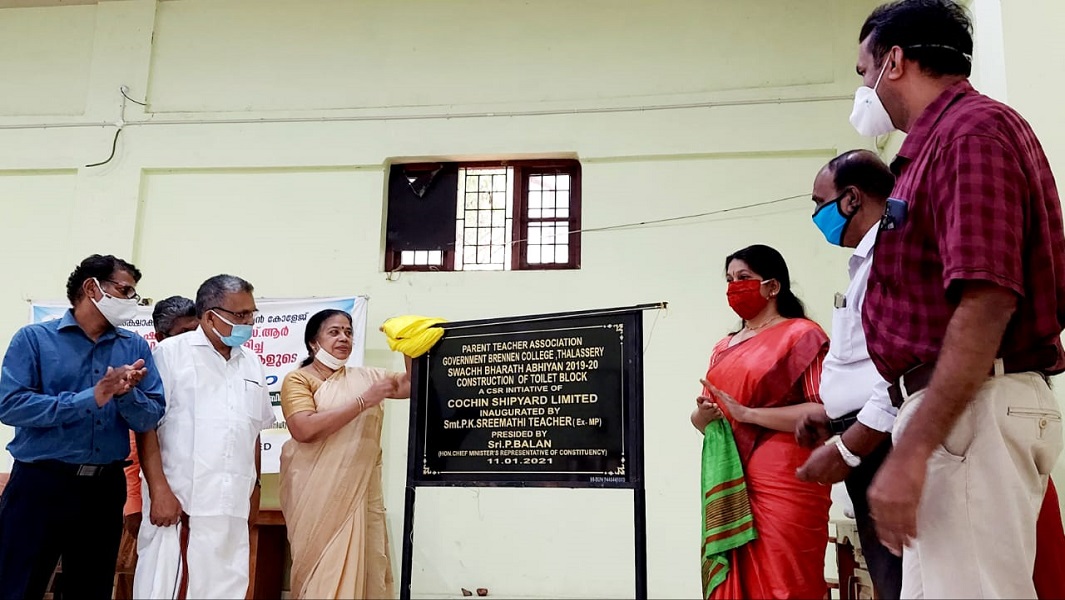 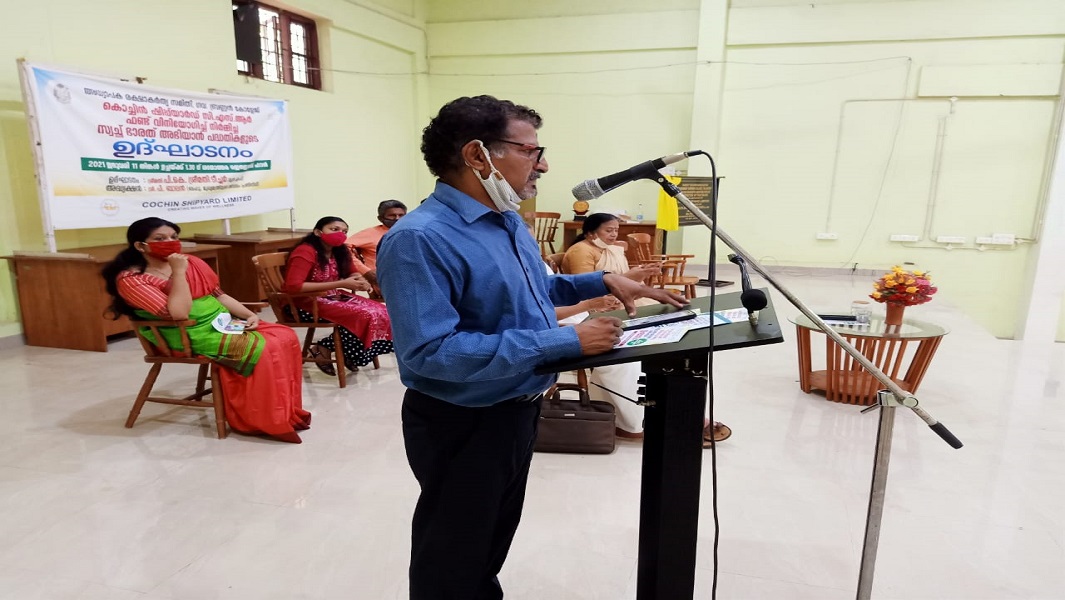 Swacch Bharat initiative at V B U P School Thrickodithanam 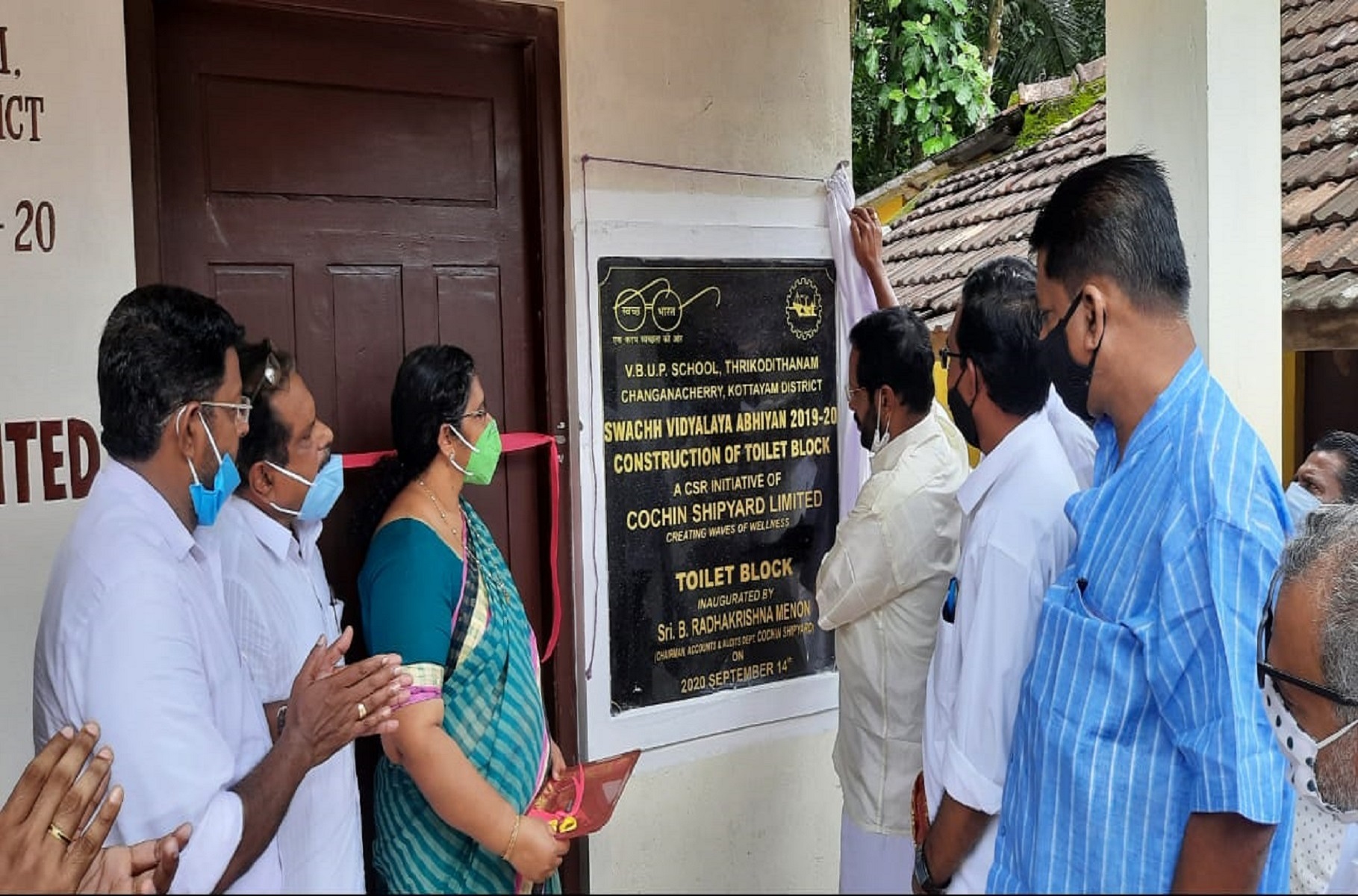 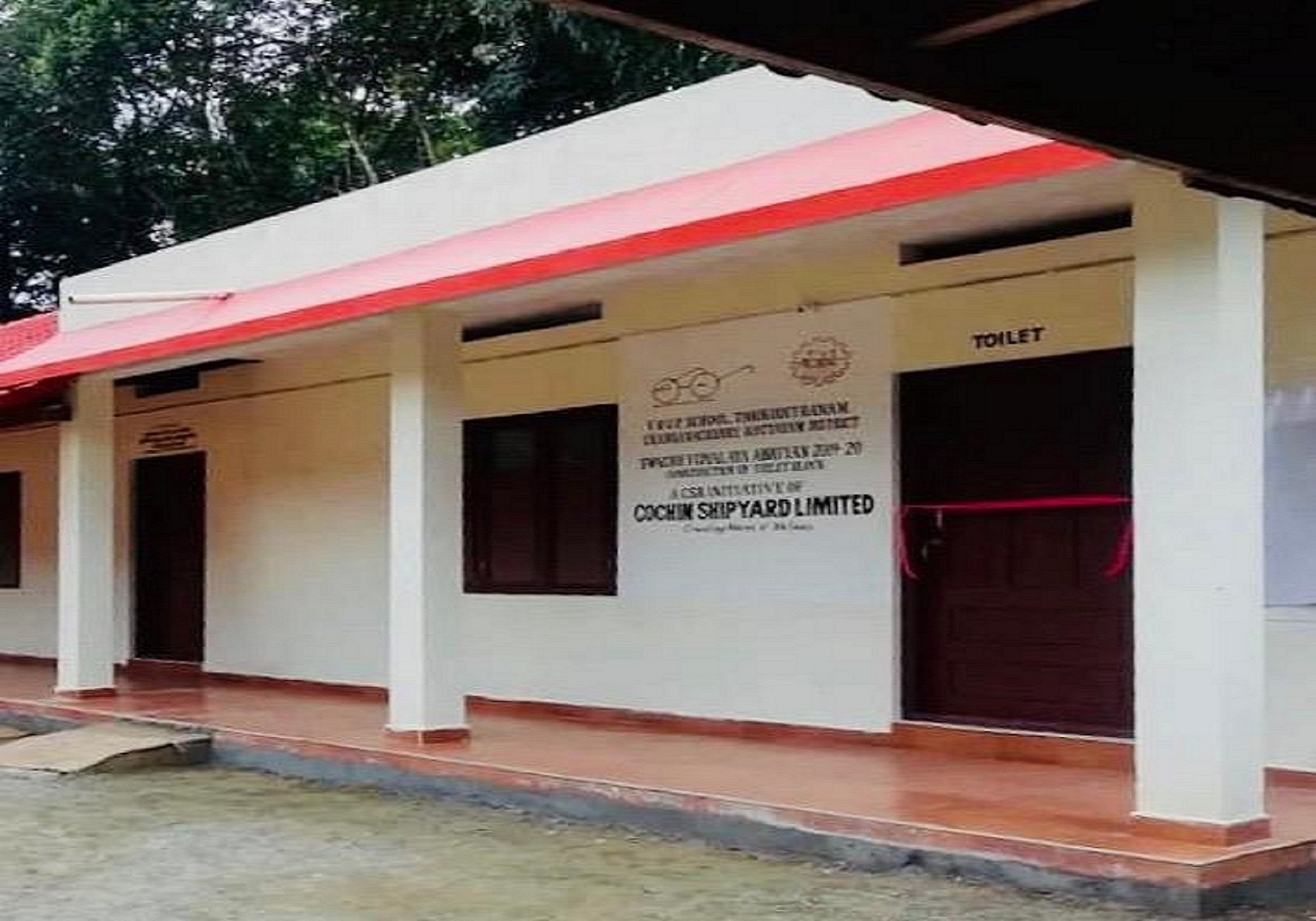 Being the flagship project of Government of India, Swachh Bharat Abhiyan (SBA), was launched in the country to achieve the vision of a ‘Clean India’. The massive cleanliness drive aimed at bringing behavioral changes in people by instilling in them good health and sanitation practices.

V B U P School Thrickodithanam holds legacy of over 85 years and is one of the most prominent educational institutions in the region. The school mostly engages students from the economically weak background and has an excellent track record.

As part of CSL’s commitment to Swacch Bharat Initiative of Government of India, the company under its CSR programme extended support to the school for building a toilet complex for the benefit of the students. 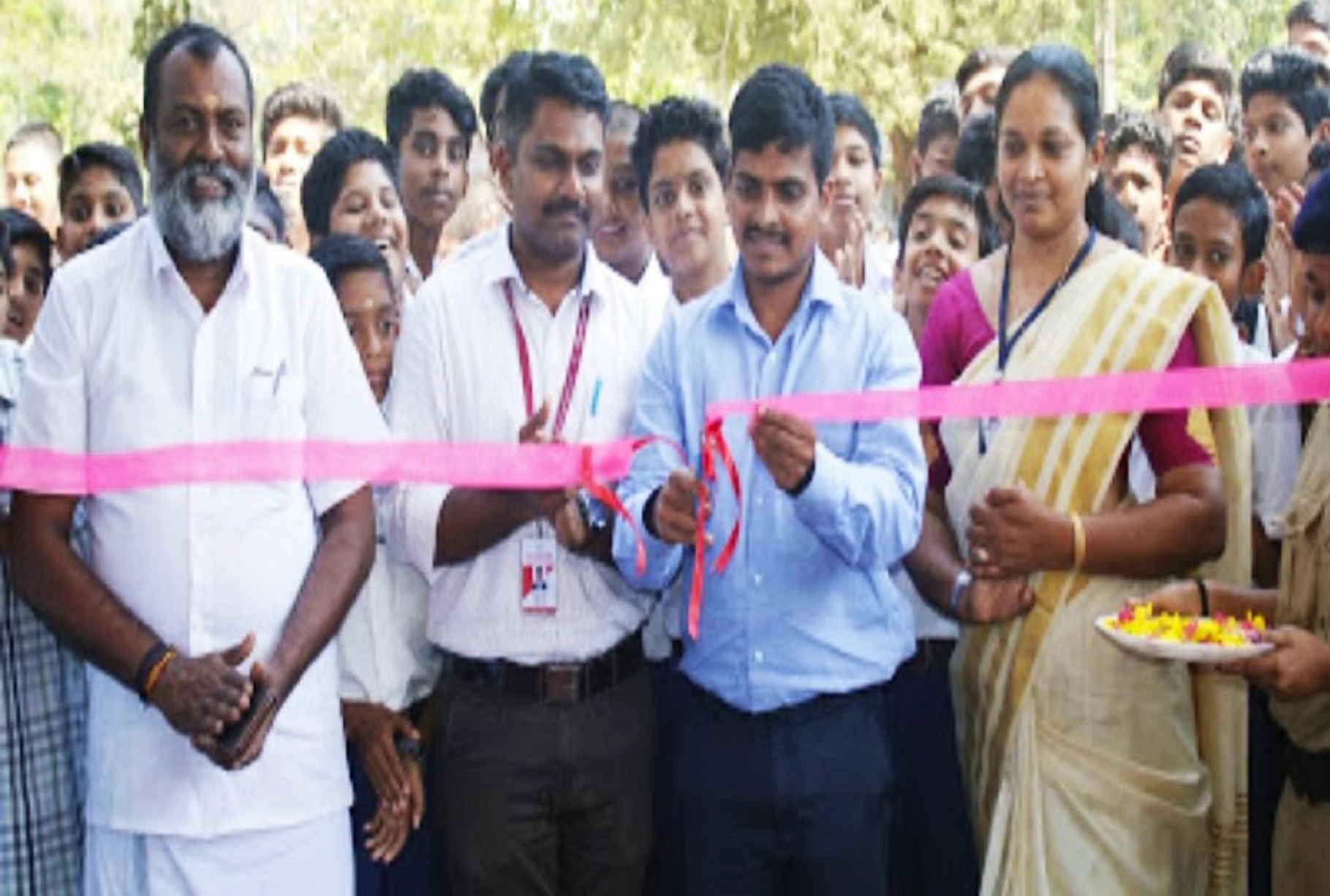 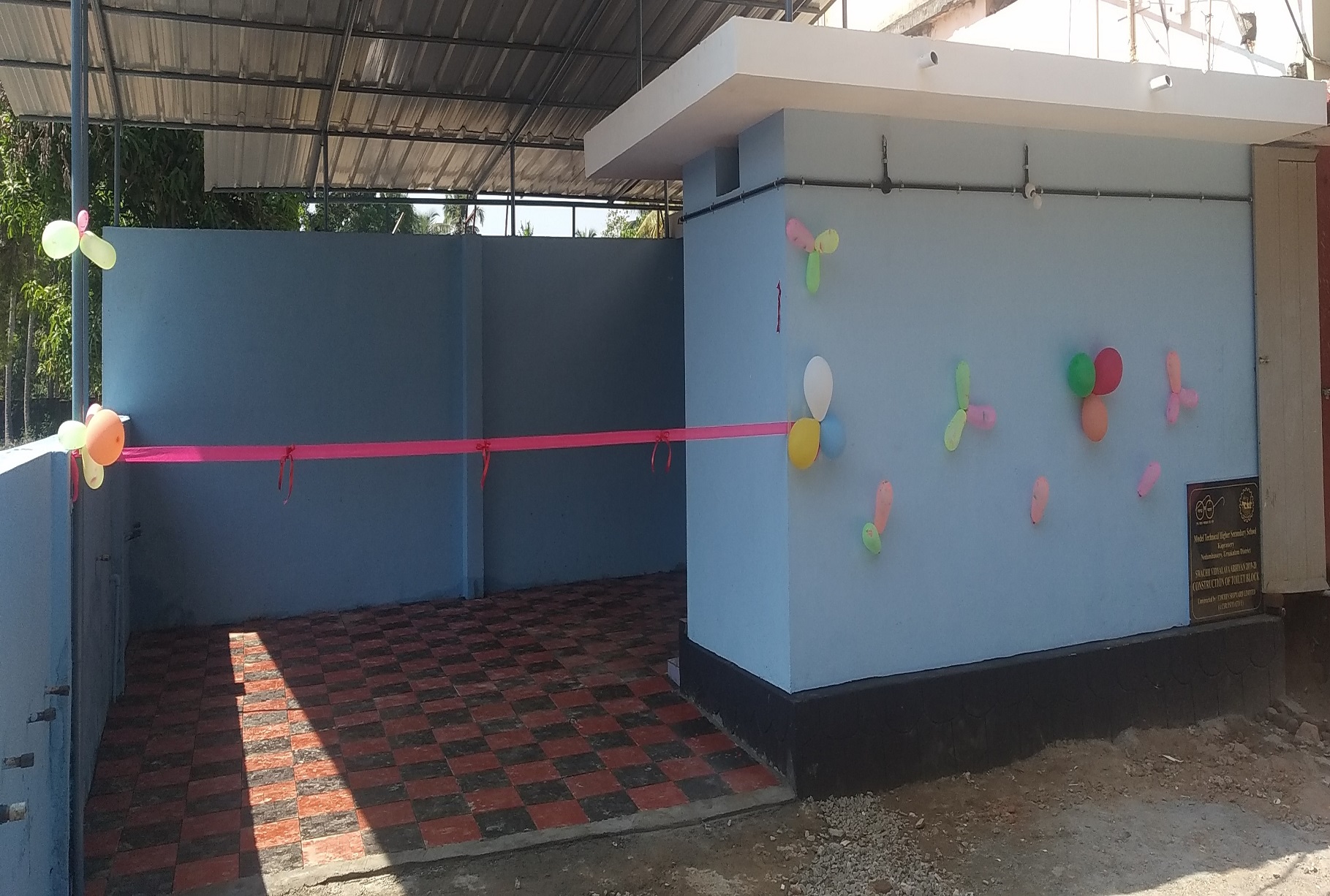 CSL has undertaken various activities to propel and aid Swacch Bharath Mission (SBM) of Government of India. Swachh Vidyalaya is a part of SBM that aims to build sufficient toilet and hand washing facilities at all of our schools. It envisions developing behavioral changes in school students to instill in them good health and hygiene practices. In this regard, CSL extended assistance for building a toilet complex at Govt Model Technical H S S, Kapprassery, Ernakulam. 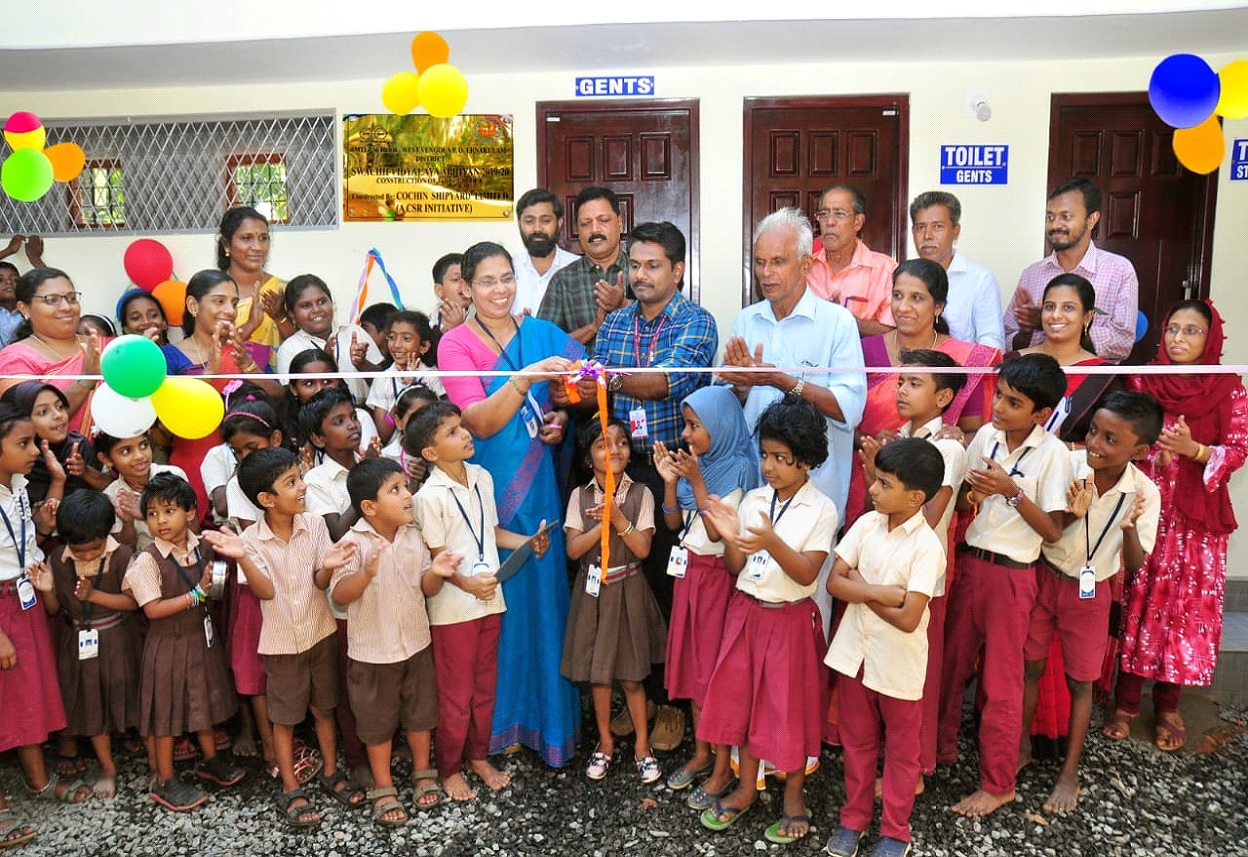 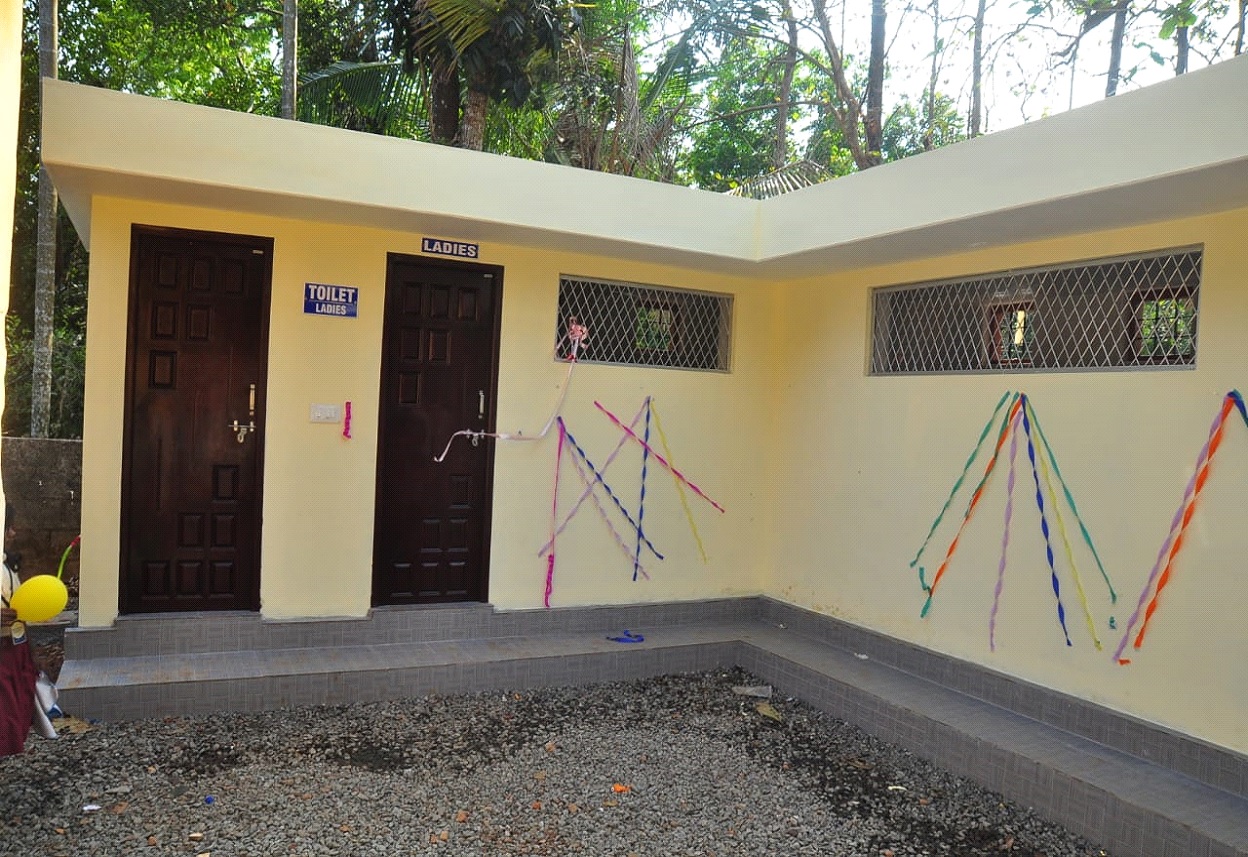 Swachh Bharat Abhiyan (SBA), the flagship project of Government of India was launched throughout the length and breadth of the country to achieve the vision of a ‘Clean India’. “A clean India would be the best tribute India could pay to Mahatma Gandhi on his 150th birth anniversary”, these were the words of our honorable Prime Minister during the launch of SBA. SBA is a massive cleanliness drive aimed at bringing behavioral changes in people by instilling in them good health and sanitation practices.

In this regard CSL extended full support for the construction of toilet complex at MTLP School, West Vengola in Ernakulam District. Shri. Yoosuf A K, DM (CSR) inaugurated the toilet complex in the presence of Shri K N Ramakrishnan, Shri M T Reji and Shrimati A V Shoshamma on 3rd February 2020. 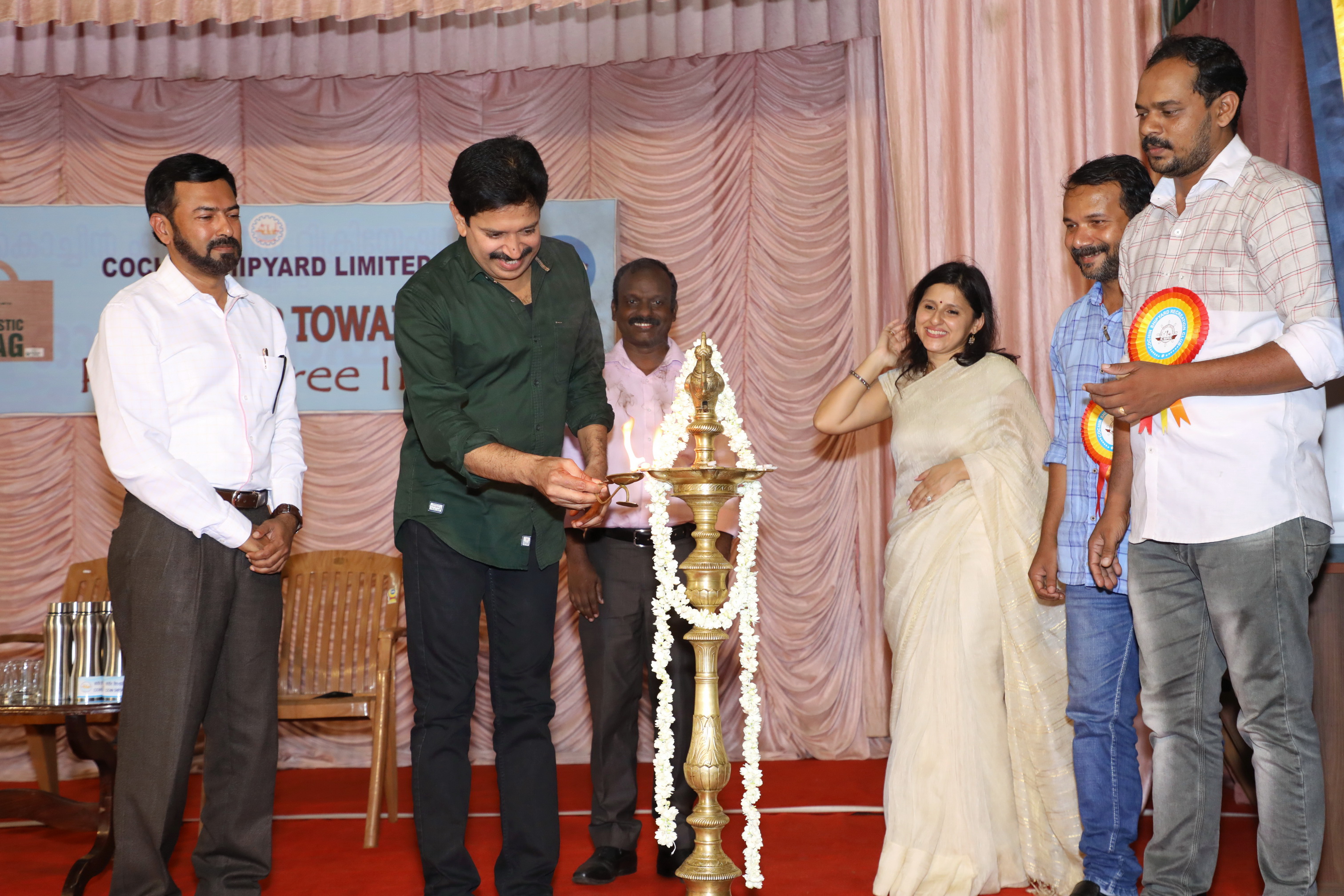 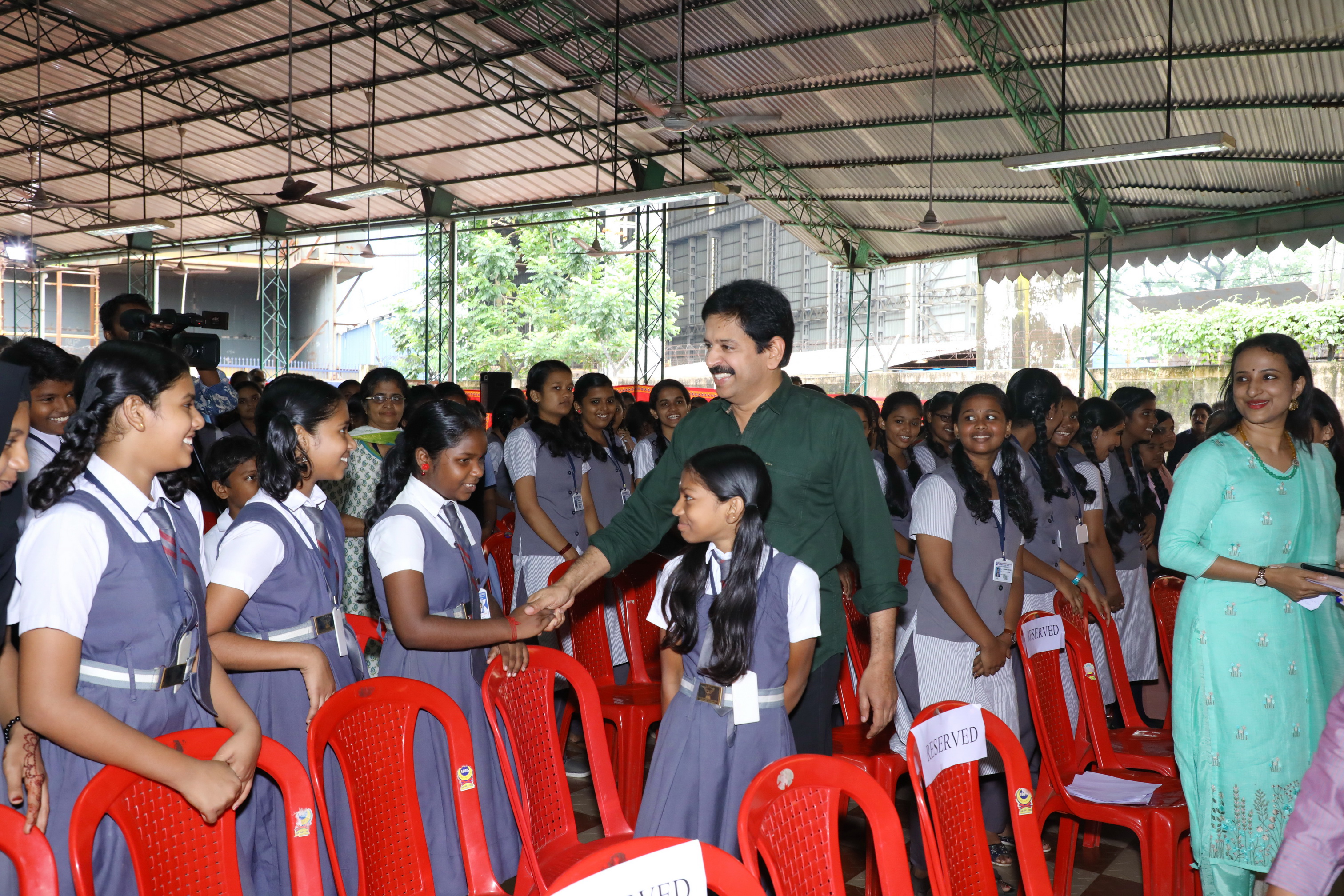 The main purpose of this programme was to recommit Mahatma Gandhi’s vision for clean and litter free India. According to the call of action made by the Prime Minister during his Independence Day speech on 15th Aug 2019, this year theme was focused on plastic waste management and towards the effective ban of Single Use Plastic (SUP).

"We should look after the earth as our mother; you should not forget your father, mother as well as mother earth"-was the key message given by Shri. Gopinath Muthukad, the Chief Guest on the occasion. Presided by the CSL Director of Finance Shri. V.J Jose, CSL DGM & CWO Shri. Subash AK, Smt. Diya Mathew, BIN IT India were the other key speakers during the programme. 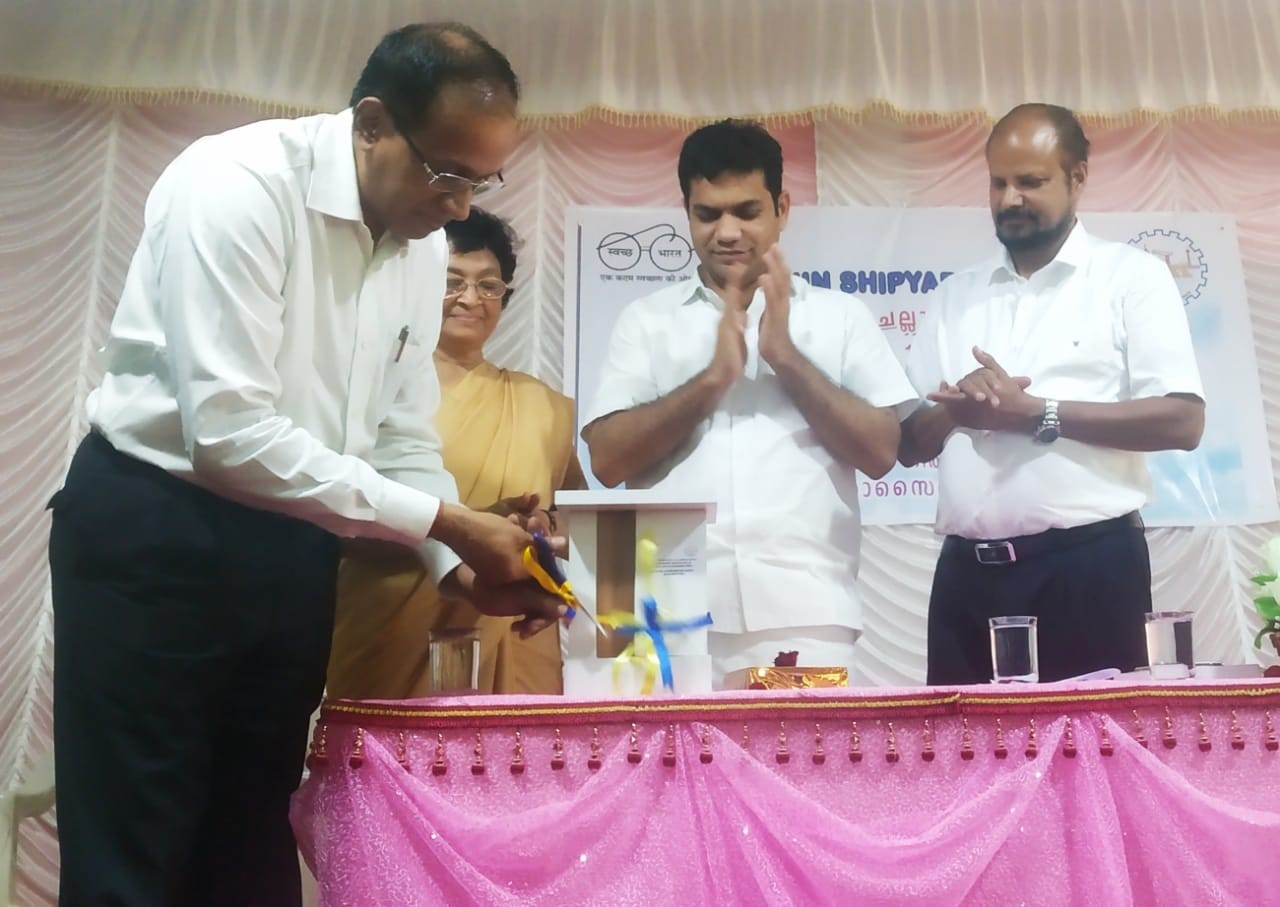 Ockhi Cyclone disaster affected 100 families from Chellanam coastal village of Ernakulam district have been benefitted with the household toilets constructed under CSR Scheme of Cochin Shipyard Limited. The completed project has been dedicated to the beneficiaries by Shri. Madhu S Nair, C&MD, CSL in a function inaugurated by Shri. Hibi Eden M.P and on 19th August 2019.

The toilets have been constructed scientifically so as to withstand and survive in the coastal region. The project was implemented by Win Society, Eramallur. Out of the total project cost of Rs. 72 Lakhs, Cochin Shipyard Limited supported Rs. 55 Lakhs and the balance amount from the beneficiaries and the implementing agency. 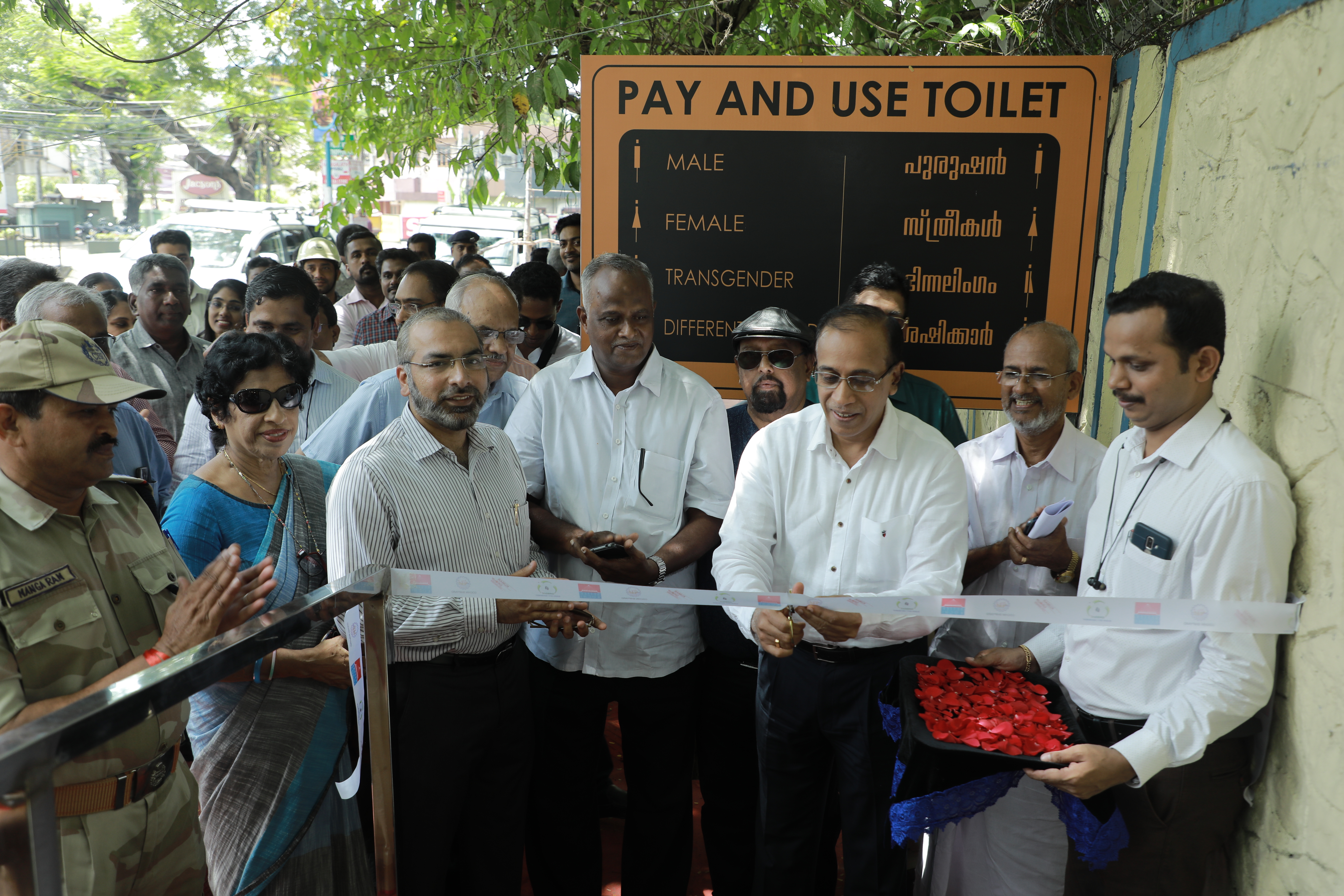 Public Toilet Block On The North Side Of Csl

The toilet block constructed by Cochin Shipyard Limited as part of its Corporate Social Responsibility (Swachh Bharat Abhiyan) has come up. The design was provided by M/s BKRG Group and the facility will be operated by M/s CREDAI.

The toilet complex was declared open to public today at 1130 hrs by Shri Madhu S Nair, C&MD, Cochin Shipyard Limited, in the presence of the CSL officials, Ward Members of Kochi Corporation, representatives from BKRG Group and M/s CREDAI. 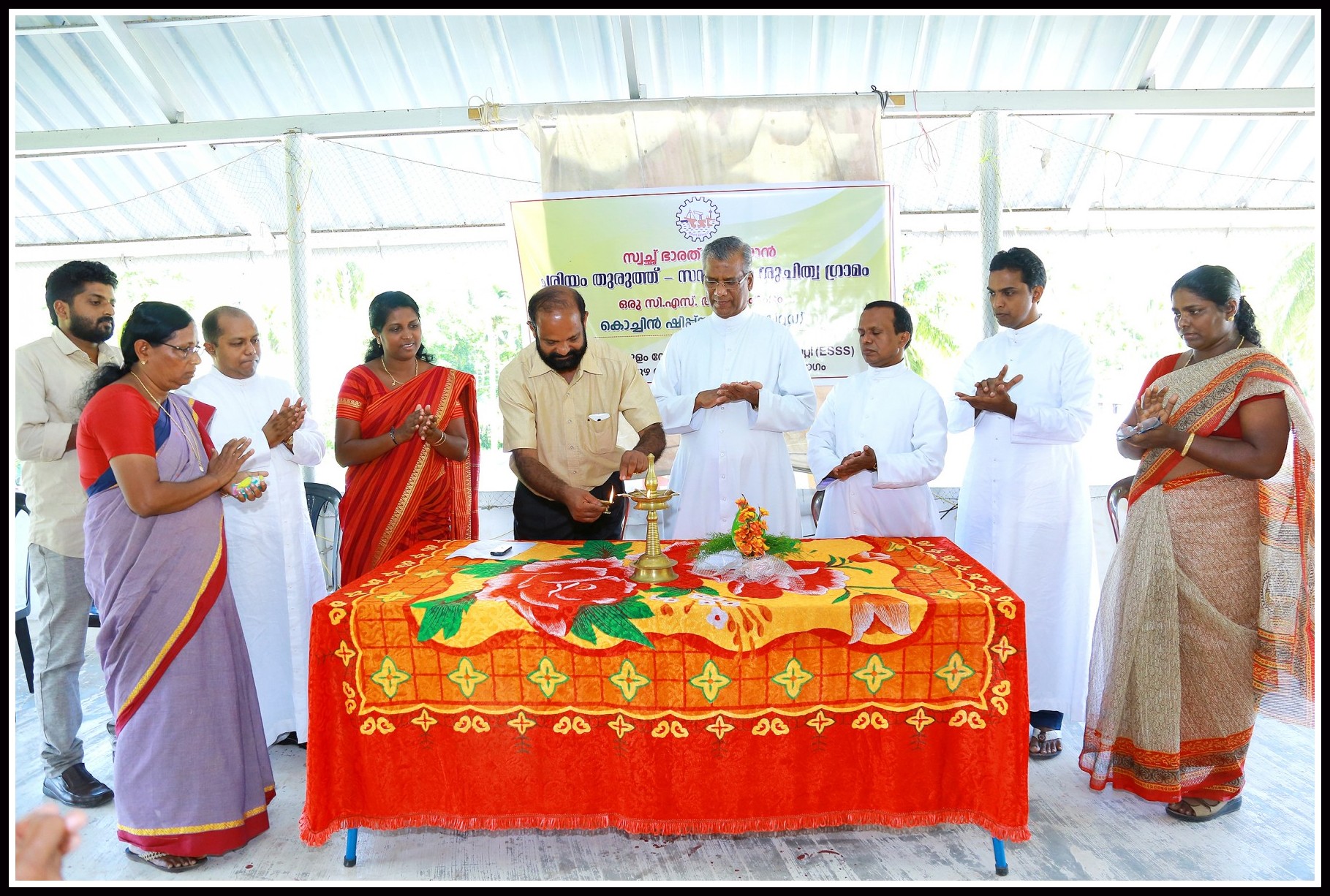 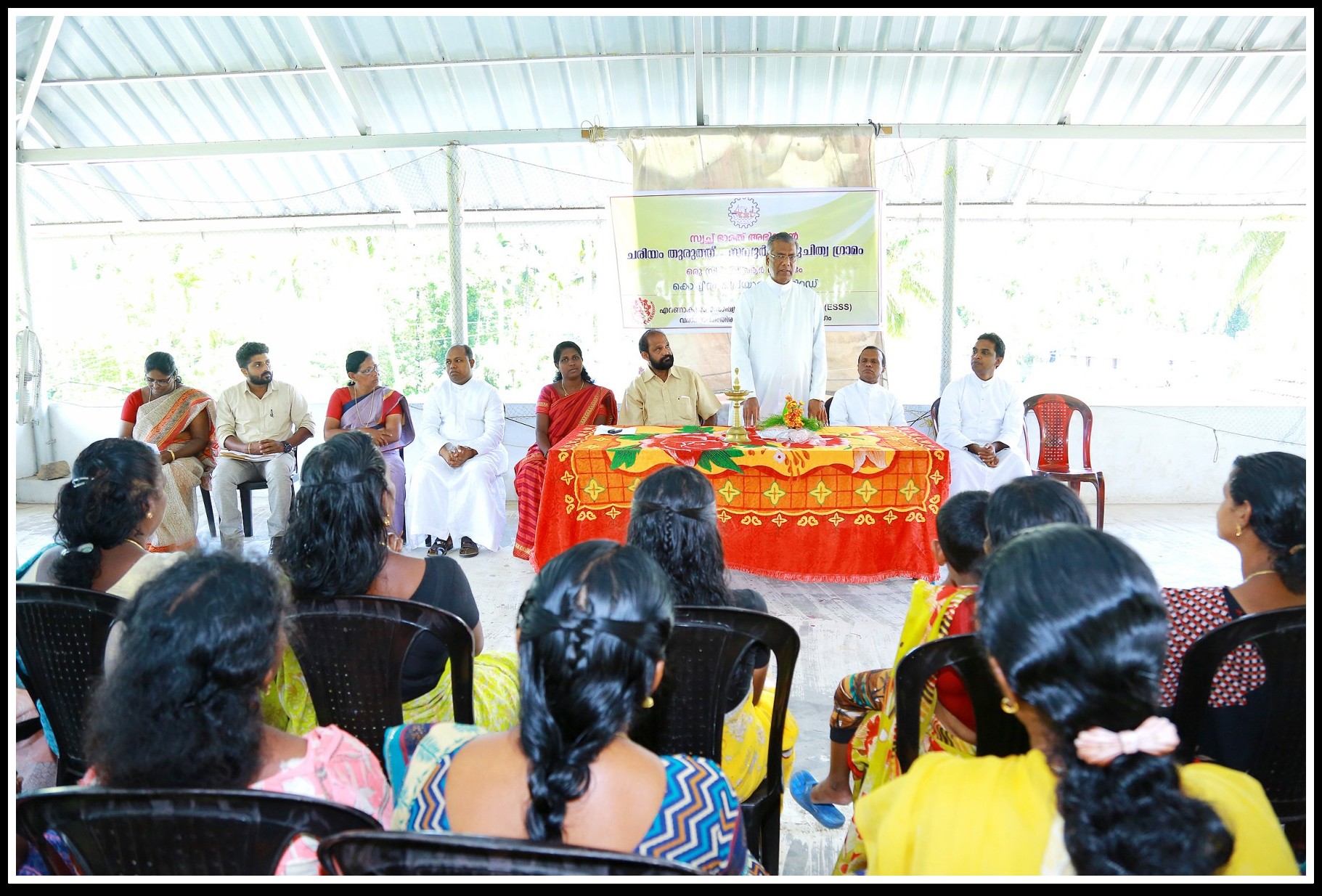 The Agreement was signed at CSL between Shri. MD Varghese, the General Manager (IR & Admn) Head CSR and Rev.Fr. Antony Raphael, the Executive Director of ESSS.

Ernakulam Social Services Society (ESSS) is one of the leading NGOs in Ernakulam district, engaged in different development initiatives since its inception. Kadamakkudy Punchayat has been one of the areas where it has undertaken many interventions related to health, education and women empowerment. One of the problems which the target communities encounter is related to sanitation. In order to address this problem the organization sought the help of CSL for construction household toilets.

With the help of a household survey, the organization identified and selected 46 poor families that require toilet facilities. After the approval of the project by CSL Board, in order to launch this program, the CSR Program Manager of CSL visited the area on 2/10/2016. The launching function was inaugurated by the Vicar General of Diocese. The function was presided over by the Panchayat President. The key note address was given by the CSR Program Manager. The program was attended by the beneficiary families along with the Director of ESSS. The major objective of this project was to contribute to the Swachh Bharat Abhiyan of Government of India and the Suchitwa Mission of Government of Kerala. The joint effort has been appreciated by all the speakers and they appreciated the contribution of CSL.

A total amount of Rs.50.00 Lakhs was allocated for this total sanitation project. The project is expected to be completed by end March 2017. 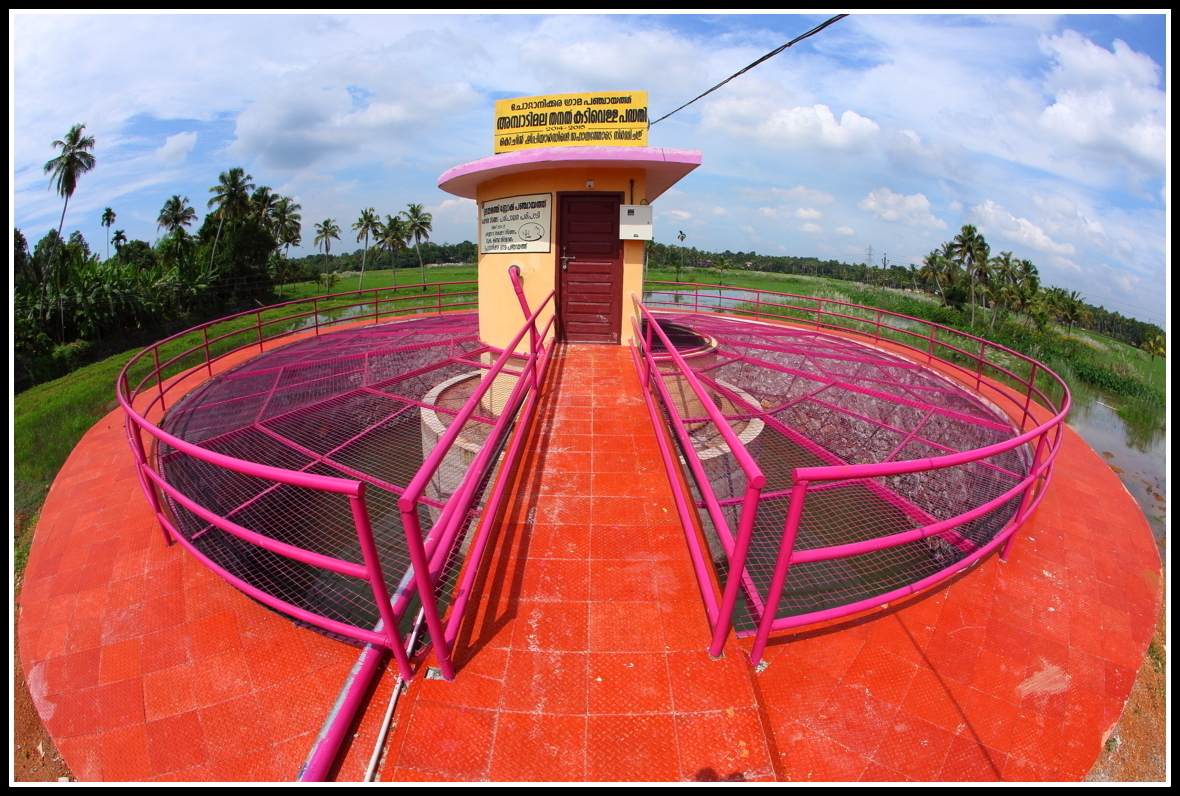 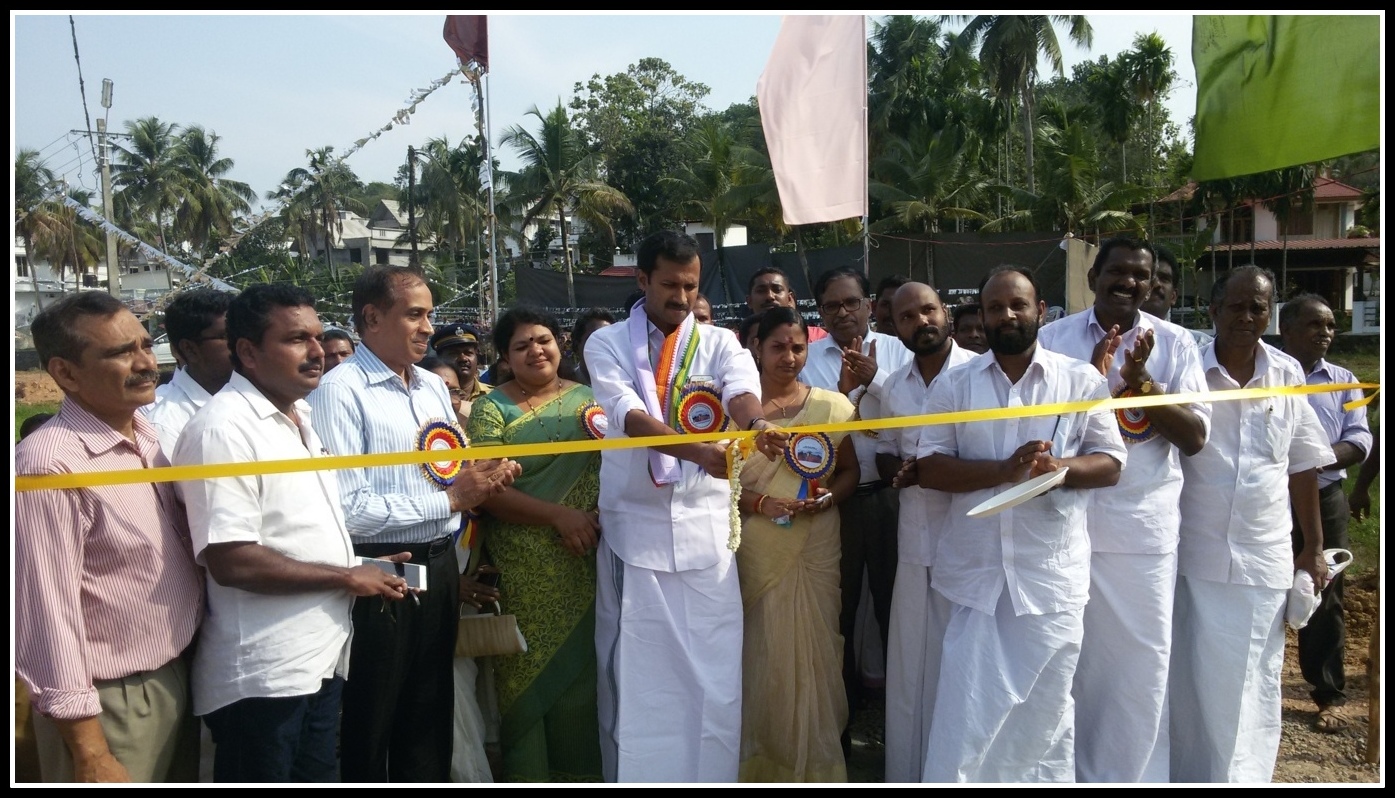 The 750 families residing in Ambadimala settlement colony falling within the Chottanikkara Grma Panchayat will now have safe drinking water at their doorsteps; thanks to the CSR scheme of Cochin Shipyard.

The inauguration of the scheme was held at the site on 27th February, 2016. Shri Madhu S Nair, C&MD, CSL dedicated the scheme and handed over the key to the Grama Panchayat. Shri Anoop Jacob, Honourable Civil Supplies and Education Minister, Govt. of Kerala inaugurated the function in the presence of the officials of Cochin Shipyard, government of Kerala and the residents.

Besides CSL, the Panchayat, Individual land owners and other well wishers have contributed immensely to the success of this important project.

The Panchayat would be responsible for the running and maintenance of the system with its own resources.

The CSR Cell and the Civil Department of CSL extended full support to the Panchayat in undertaking the project within the stipulated timeline ensuring the best quality.

It is a unique example of demonstrating a quality work with the active participation and support of the Public Sector Company, the Local Panchayat and the Local People.(A different PPP Model!) 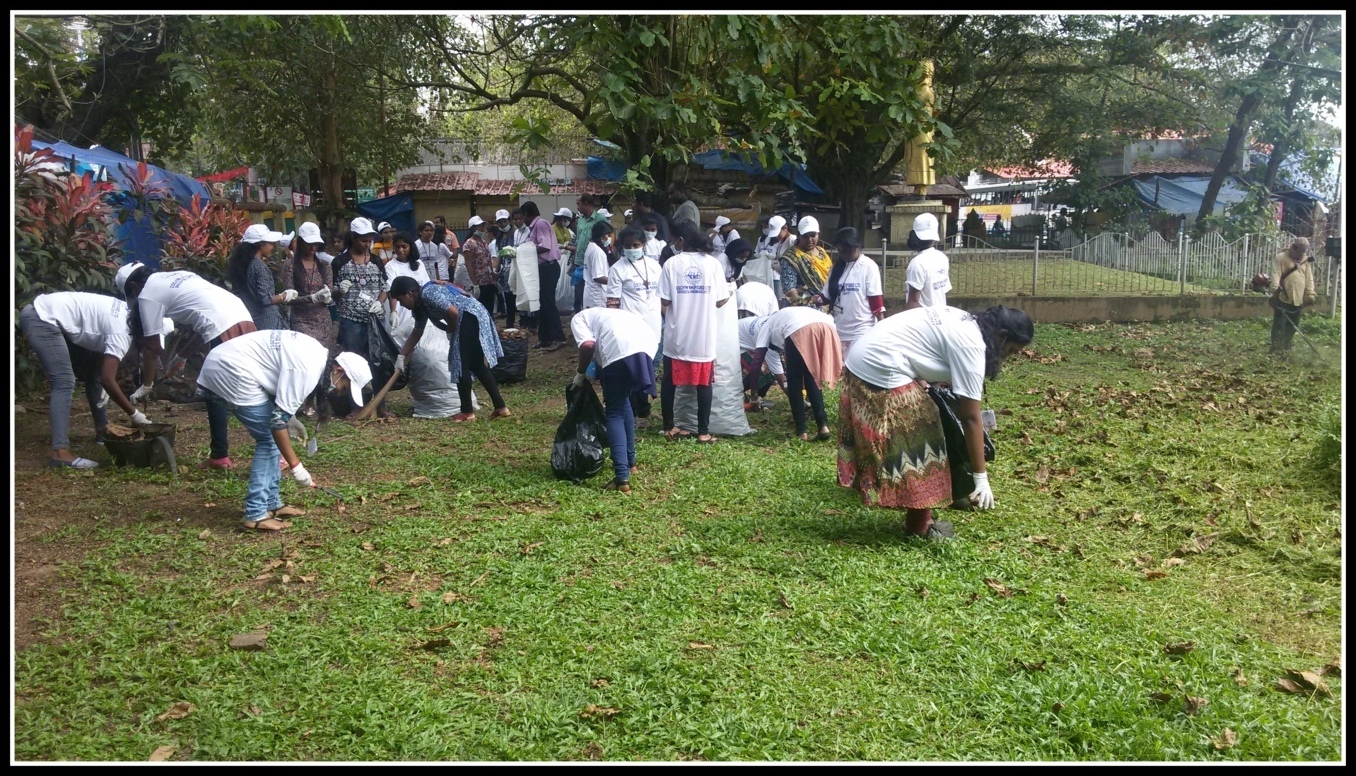 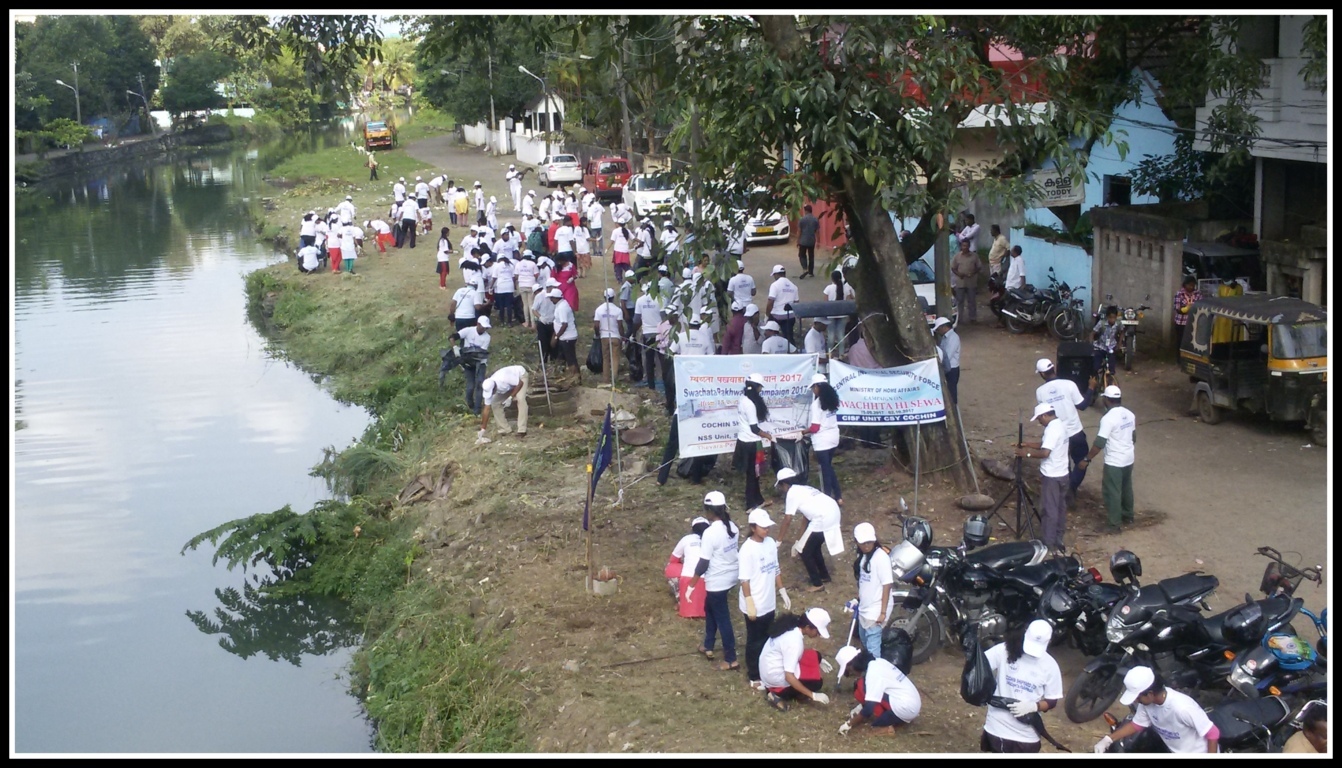 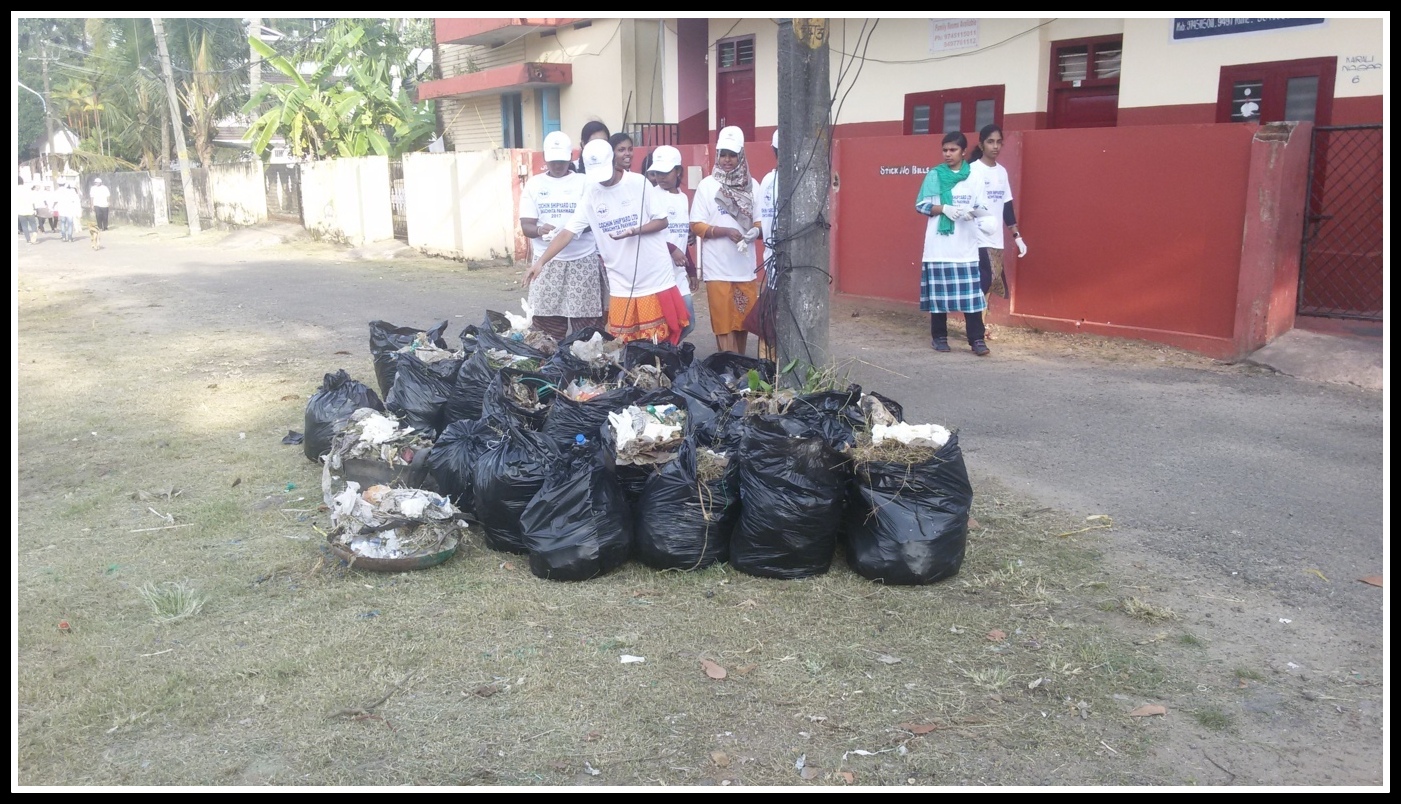 The campaign was officially launched on 2 October 2014 at Rajghat, New Delhi, by Prime Minister Narendra Modi. It is India's largest ever cleanliness drive with 3 million government employees, especially school and college students from all parts of India, participating in the campaign. The objectives of Swachh Bharat are to reduce or eliminate open defecation through the construction of individual, cluster and community toilets.

In order to achieve this objective the Ministry of Ports, Shipping and Waterways GOI has announced a cleaning campaign among all its departments, bodies and undertakings. The Ministry has directed all its sub-ordinate offices and central undertakings to conduct “ Swachh Bharat Abhiyan Campaign” from 15th September to October 2nd 2017 by arranging various befitting programs.

CSL has been actively involved in promoting the Swachh Bharat Abhiyan ever since it was announced. In order to effectively implement this particular Campaign, CSL has worked out systematic schedule of ‘Action Programs’ both within and outside the company. One of such initiative outside the company is the ‘Cleaning Operations of the Thevara Perandur Canal area and the Children’s park of Boat Jetty area’.

The ‘Cleaning Operations of Thevara Perandur Canal near the market area’ were organized on 26 September, involving NSS volunteers from SH College Thevara. More than 100 volunteers including the Principal and Teachers of the College were present on the occasion. The program was kick started with the Swachhta Message by the Director Technical Shri. Sunny Thomas of CSL. A large number of employees representing various unions from CSL also participated in the cleaning efforts.

On 27th September, the cleaning operations were undertaken at the Children’s Park in the Boat Jetty area. NSS volunteers from St. Theresas College, Ernakulam along with their faculty members were present in large numbers. The Cleaning efforts started with an inspiring message from the General Manager (Ship Building) Shri. A.V. Sureshkumar of Cochin Shipyard Limited. A number of employees from CSL representing various Unions and Women’s forum also actively participated in the efforts.

Both these efforts were undertaken in collaboration with the Local Bodies.