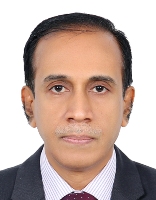 Shri Madhu S Nair took over as the Chairman & Managing Director of Cochin Shipyard on January 01, 2016. He holds a degree of Bachelor of Technology (Naval Architecture and Ship Building) from Cochin University of Science & Technology in first class and Masters in Engineering (Naval Architecture and Ocean Engineering) from Osaka University, Japan. He has more than 32 years of professional experience with Cochin Shipyard Ltd since joining as Executive Trainee in June 1988 in the entire gamut of shipyard management. He was the key driver in forging alliances with international technology partners. He was also instrumental in conceptualizing the Small Ship Division, and key player in bagging international contracts while he was heading the Marketing Division. Under his leadership, CSL became a listed company after a very successful Initial Public Offer. During his tenure, CSL is undertaking two major expansion projects worth Rs.2,769 crores. Also CSL is making foray into the Inland waterways transport vessel segment by setting up subsidiary Company at Kolkata. CSL has forged alliance with the Major Port Trusts in India, viz. Mumbai Port Trust and Kolkata Port Trust for developing and operating Ship Repair eco systems and setting up a separate units in those ports. CSL also established a unit at Port Blair. He is trained in shipbuilding systems at IHI Shipyard at Kure, Japan and undergone JICA Specialized training at Overseas Vocational Training Centre (OVTA), Tokyo and Osaka International Centre, Osaka, Japan and did research in Joining & Welding Research Institute, during Masters in Engineering at Osaka University, Japan. He is a member of various Professional bodies including The Royal Institution of Naval Architects, UK (RINA), Institution of Naval Architects, India. He is a strong believer power of people and the "people first policy" conceived by him is aimed at steering CSL into a knowledge organization. 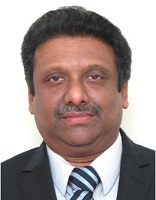 Shri Bejoy Bhasker, assumed charge as Director (Technical) of Cochin Shipyard Ltd w.e.f 05 Apr 2018.Shri Bejoy Bhasker holds a degree of bachelor of Technology (Mechanical) from the University of Kerala with first rank and gold medal. He holds a master degree in Mechanical from IIT, Chennai. He completed advanced diploma in management from IGNOU. Shri Bejoy Bhasker joined Cochin Shipyard on 29 June 1988 as Executive Trainee and has served in various critical operational areas like shipbuilding, Design, Shiprepair, Projects etc. He was awarded the "Manager of the Year" award in 2014 by Kerala Management Association. He rose up in the ranks of CSL through dedicated and committed service in the last three decades. 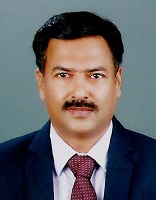 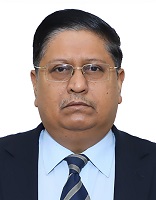 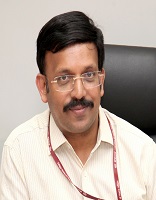 Shri Jyothilal K R is a Part Time Official (Nominee) Director of the Company representing Government of Kerala. He was re-appointed into the Board from August 24, 2020. He holds a degree of Bachelor of Technology in Chemical Engineering from IIT Chennai. He is an IAS Officer of 1993 batch (Kerala cadre) and served in various departments of the Government of Kerala viz., Land Revenue Management and District Administration, Fisheries /Agriculture & Co-operation, Information Technology, Food, Civil Supplies & Consumer Affairs etc. He is currently posted as Principal Secretary (Transport), Government of Kerala. 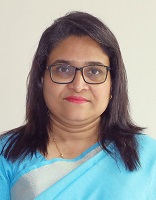 Smt. Amrapali Prashant Salve is a Non-official (Independent) Director of the Company with effect from November 26, 2021. She holds a Degree of Bachelor of Arts in Economics and Sociology from Mumbai University. She hails from Maharashtra and her area of specialisation is social service. 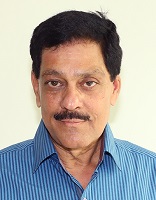 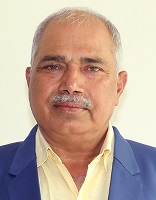 Shri Ashok Sharma is a Non-official (Independent) Director of the Company with effect from November 26, 2021. He has received Honorary Doctorate in literature (Vidhya Vachaspati) from Vikramshila Hindi Vidyapeeth (Bhaghalpur, Bihar). He has done post-graduation in Hindi, Sanskrit, Political Science and Education. He started his career as a lecturer and is currently serving as the Vice-Principal in RNI College, Bhagwanpur in Haridwar District. He keenly believes in supporting society with his actions and principles. He has been associated with journalism as writer/editor in many newspapers like Dainik Jagran, Punjab Kesari, Amar Ujala, Badri Vishal etc. He is also associated with many social organisations like Sanskar Bharti, Sewa Bharti etc. and various teachers’ organizations in order to support the causes for the benefit of society. He is actively serving as state spokesperson of Uttarakhand Madhyamik Shikshak Sangh and is founder member of Rashtriya Shaikshik Mahasangh, Uttarakhand. He is also serving as a state vice-president in Pradhan Mantri Jan Kalyankari Yojna Prachar Prsar Abhiyan (PMJKYPPA). 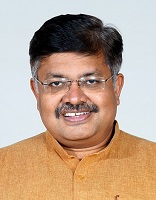 Shri Prithiviraj Harichandan is a Non-official (Independent) Director of the Company with effect from November 22, 2021. He is a Post Graduate in Management from Utkal University. He also holds a Degree of Master of Science in Zoology from Utkal University and MBA in HR & Finance from Amity University. Shri Prithviraj Harichandan hails from Odisha and his area of specialisation includes Management, Administration and Social Service. 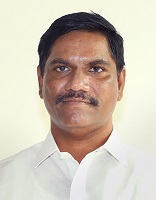 Shri Venkatesan M is a Non-official (Independent) Director of the Company with effect from November 22, 2021. He holds a Post Graduate Degree in Arts from RKM Vivekananda College. He hails from Tamil Nadu and his area of specialisation includes Management and Administration. 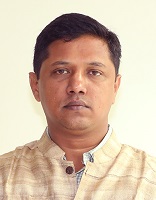