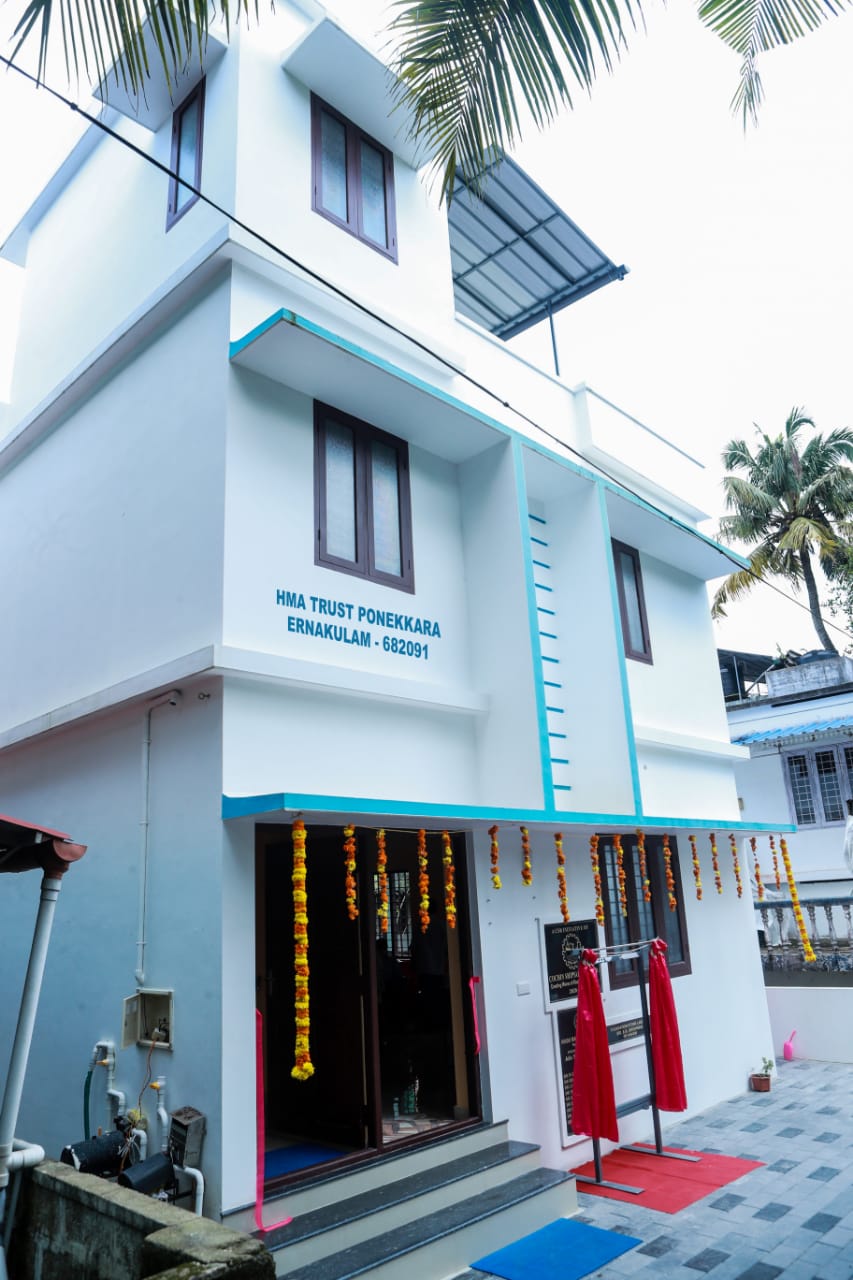 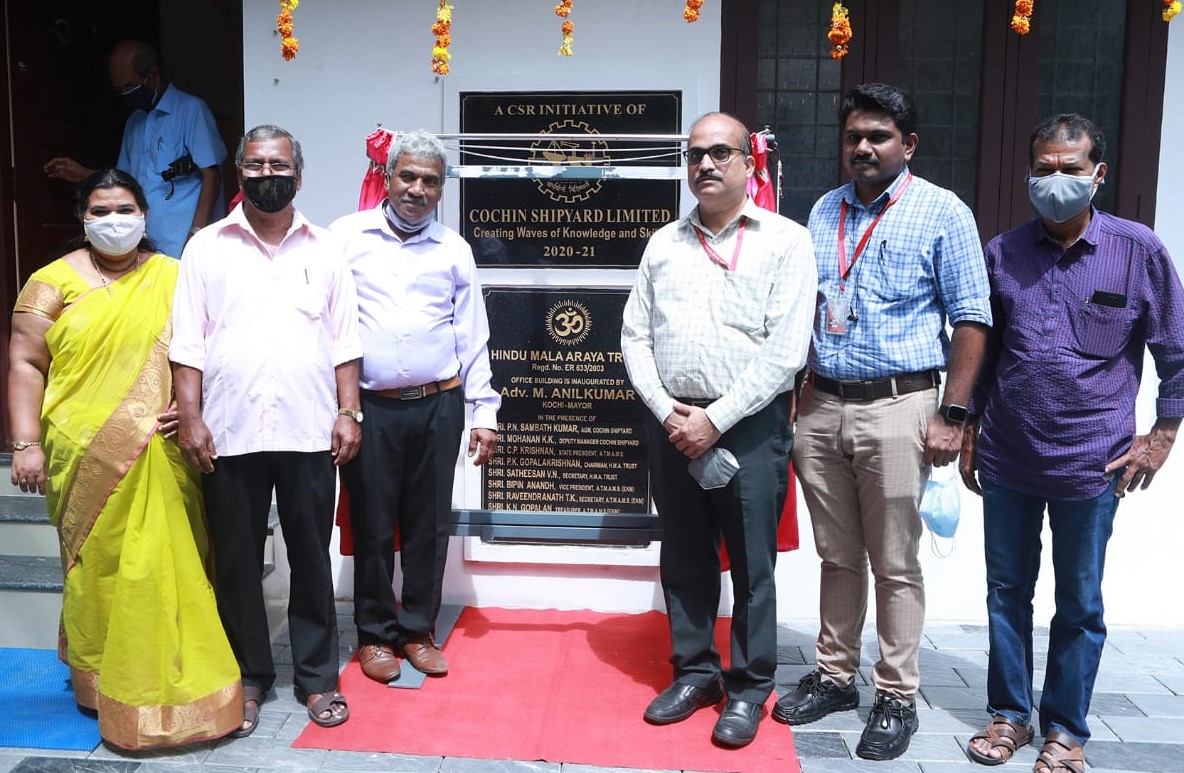 Providing facilities by developing the infrastructure for empowering and mainstreaming deprived communities has always been a core concern of CSR activities of CSL. Following this, CSL extended their CSR support to Hindu Mala Araya Trust for establishment of their Community Centre at Ernakulam.

The Centre caters the needs of public especially the Scheduled Tribe communities of Kerala who visits Ernakulam for medical care and also acts as a Skill Development Centre recognising education as a massive and valuable tool in empowering the weaker sections of the society. 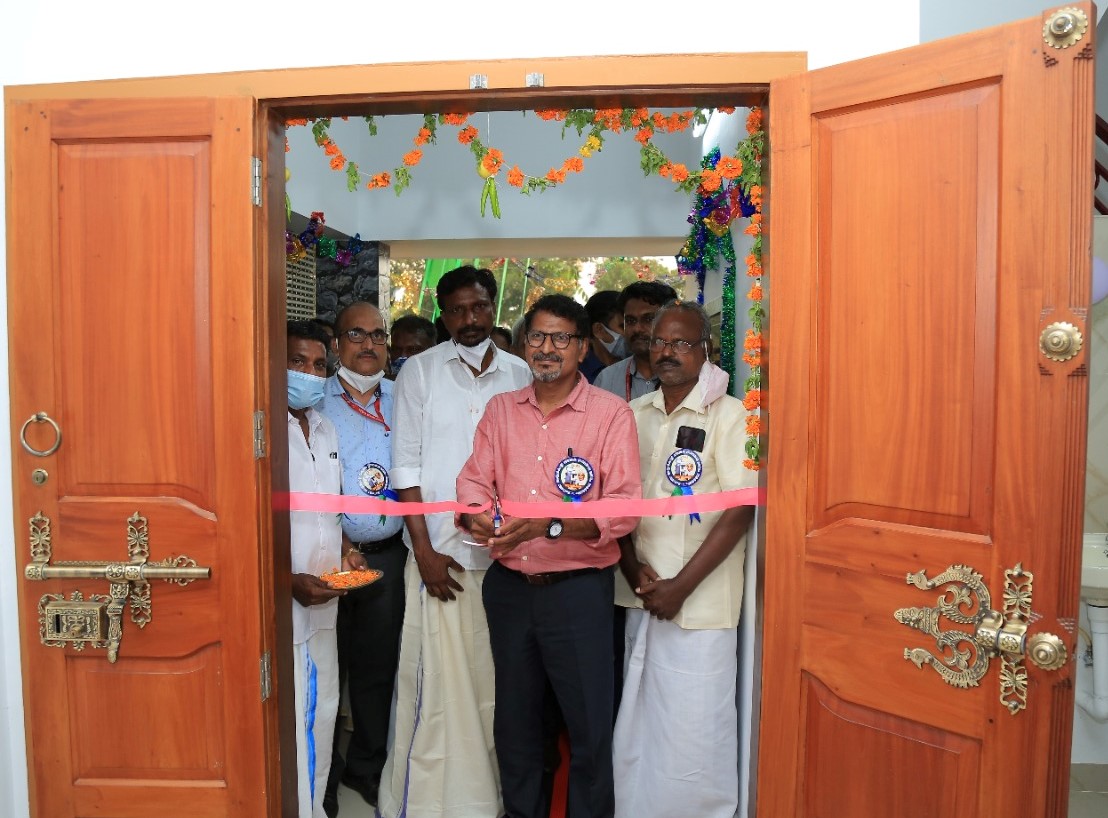 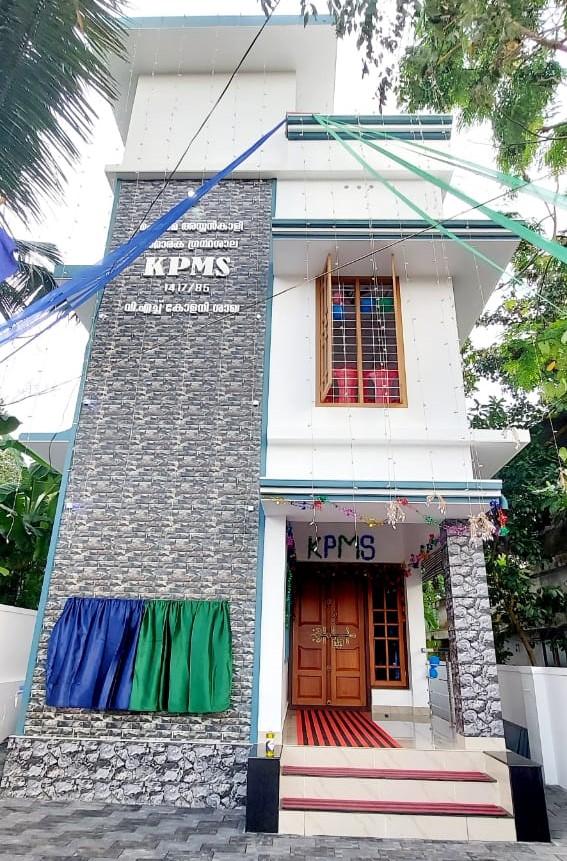 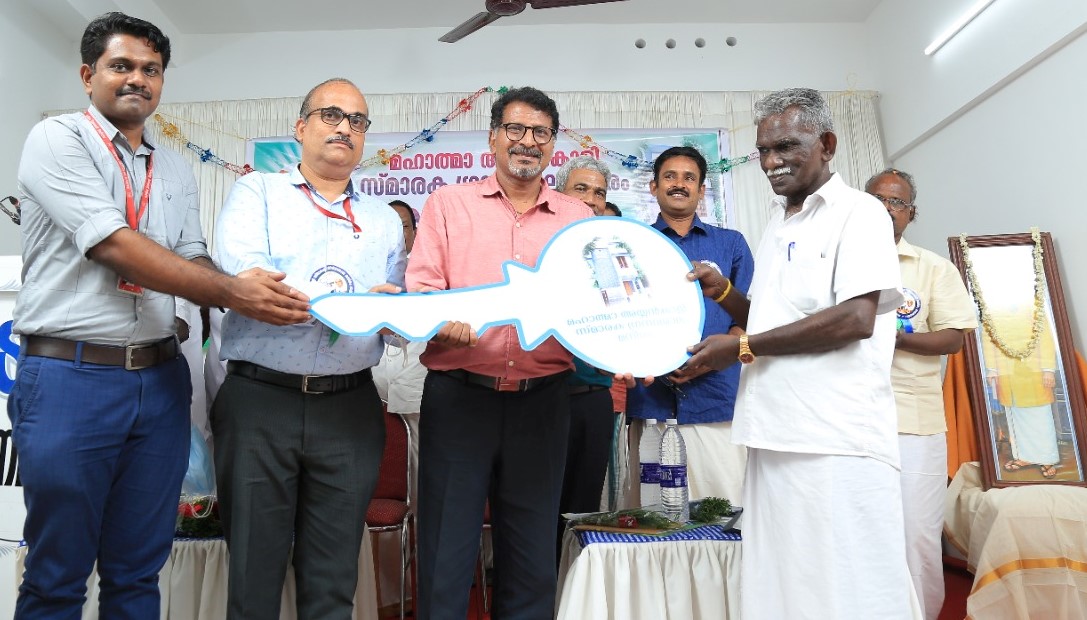 The Centre will act as a Skill Development and Career Development centre for all, particularly, the SC Community in the region. 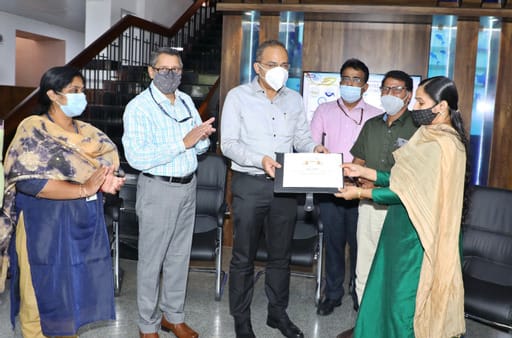 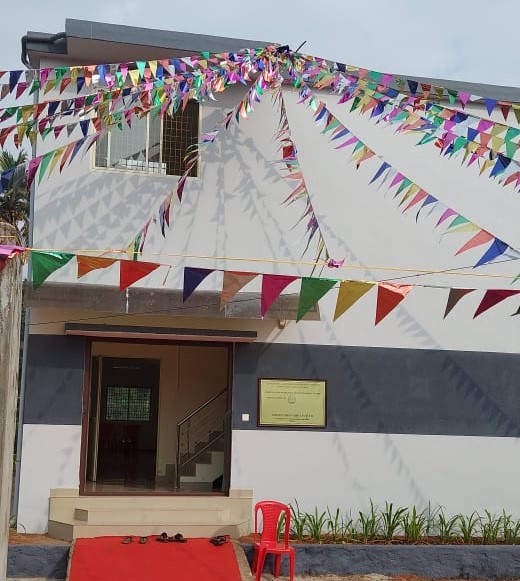 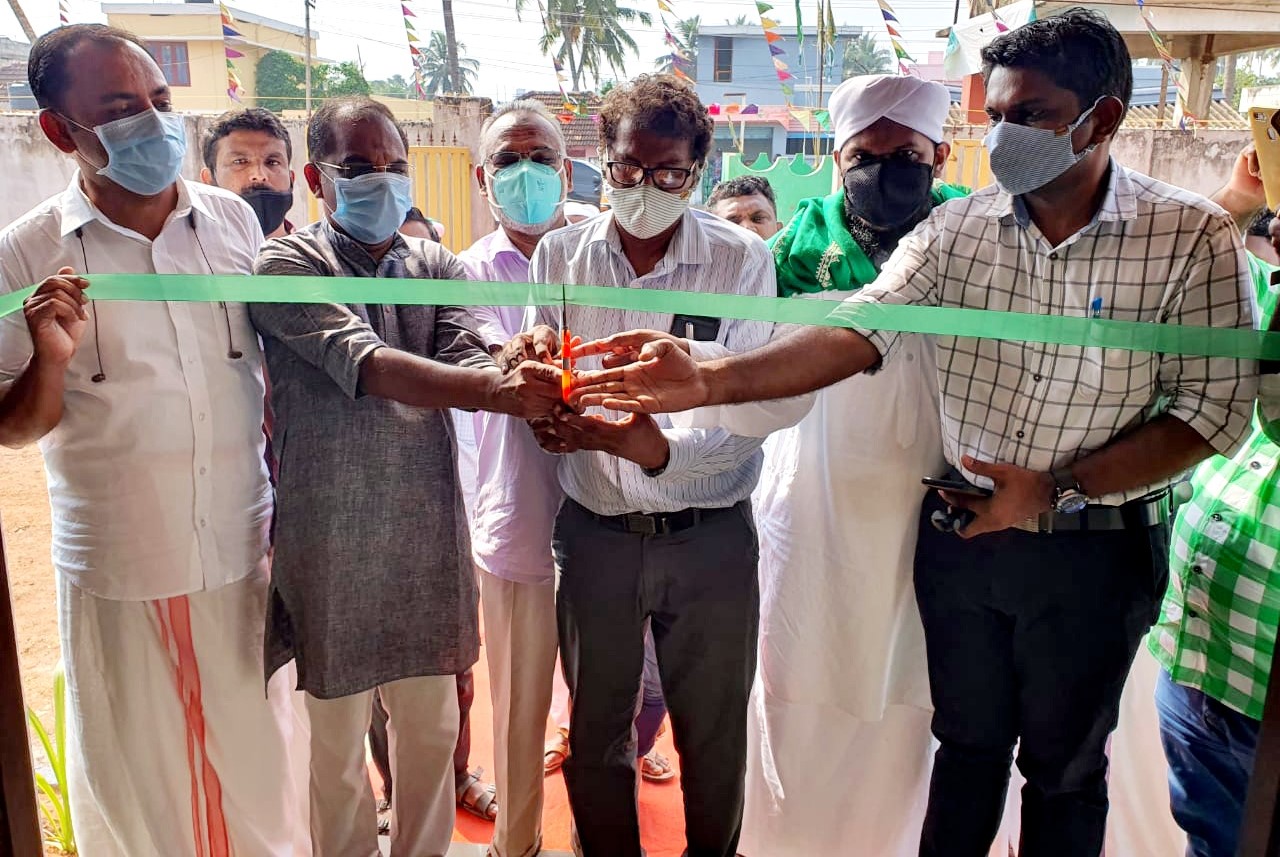 The ‘Bollard Pull’ testing facility constructed by CSL at Vizhinjam has been a milestone in the history of the Company. The support provided by the local community for the project has been immeasurable and CSL was able to build a rapport with them. The Company was deeply touched by the goodwill of the community that CSL was committed to serve the community by any means possible. At this juncture, Vizhinjam Thekkumbhagam Muslim Jama’ Ath located nearby to our Bollard Pull testing unit, approached CSL for building a skill development centre for the benefit of the youth and local fishermen community.

On 13th November 2020, Jama’Ath president, Dr. H A Rahman, Chief Imam Moulavi, Yahia Bakhvi Puzhakkara and AGM(CSR&A) of CSL, Shri Sambath Kumar P N jointly inaugurated the building. Jama’Ath Secretary, Shri. U Sudheer, Deputy Manager of CSL, Shri A K Yoosaf, Representative of M/s Habitat Technology, Shri. Binuand Mahallu Committee members were present during the ceremony. The building was dedicated to the cause of training and skilling the poor and marginalized community irrespective of religion and caste so as to empower and enhance their livelihood opportunities.

Empowering energizing and enabling communities has been at the core of CSR policy of CSL that seek to give back to the society for what it has taken from it. 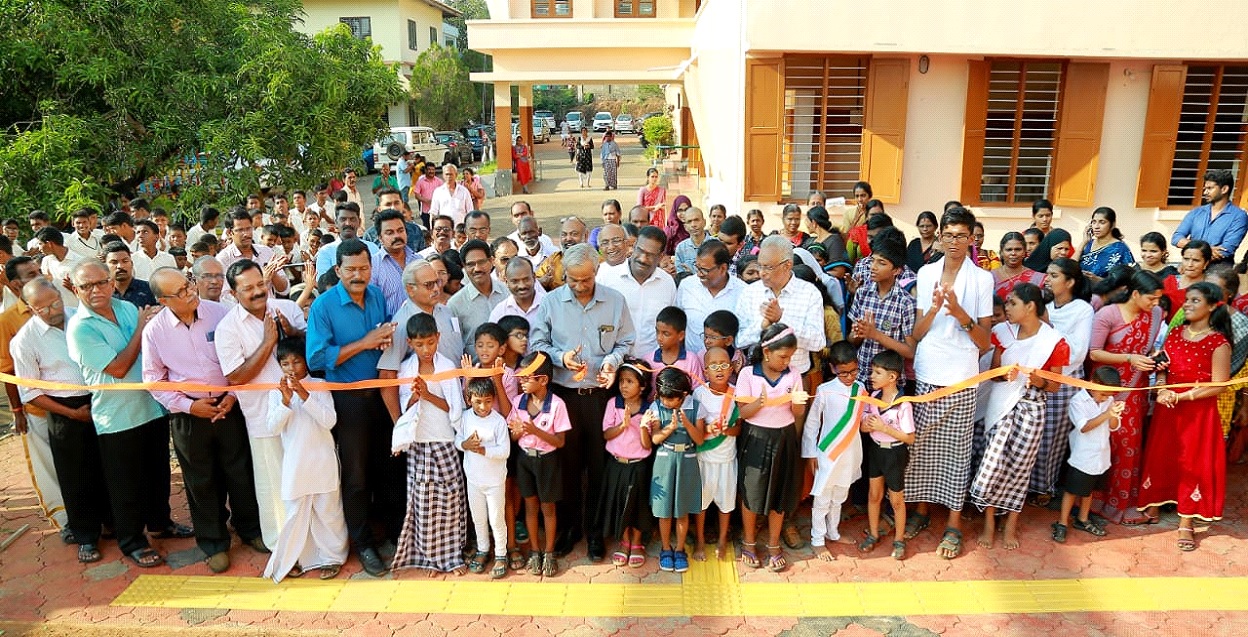 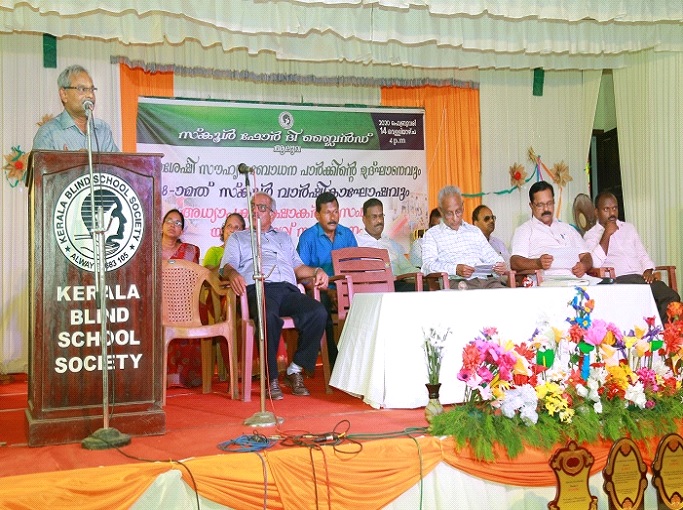 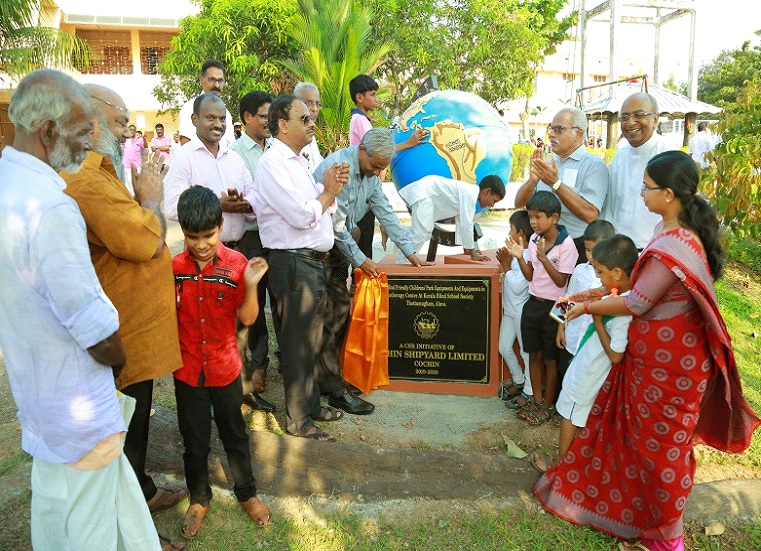 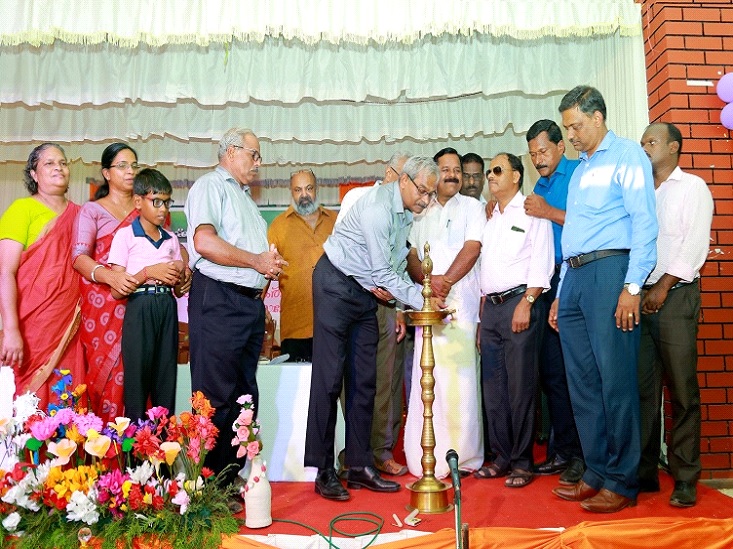 A Touching Gift to the Blind Children

For the blind, the best way to learn is through touch and feeling objects. And this is the essence of the disabled friendly park constructed by Cochin Shipyard Ltd at the school campus of Kerala Blind School Society, Aluva. The centre provides education and training to visually impaired and differently abled children, empowering them to lead a financially independent, self-reliant and dignified life catering to nearly 80 students. CSL provided full support to the Society, to build the blind-friendly children’s park and to procure modernized equipments for their physiotherapy centre at the school. The disabled-friendly park aims to help the students overcome the physical and mental challenges of blindness. For improving their physical fitness trampolines, treadmill and ball pools are also installed. 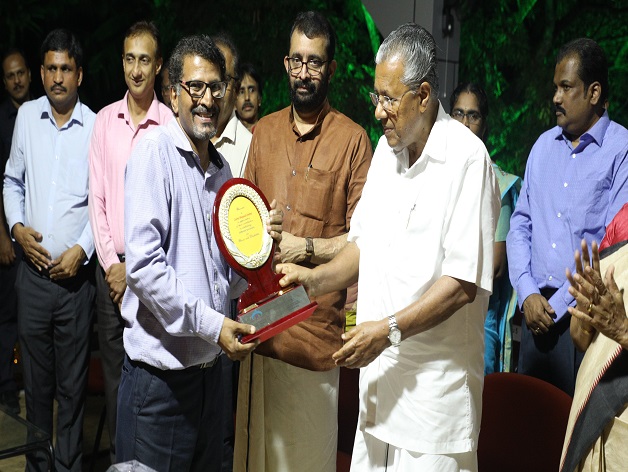 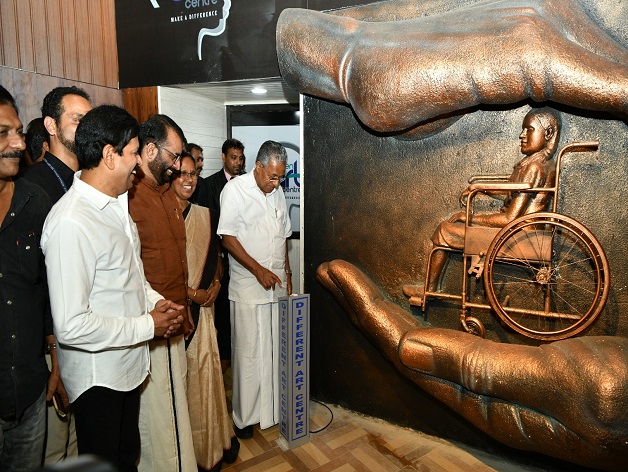 Cochin Shipyard through its CSR activities wholeheartedly supports differently abled children and ventures to make a real difference in their lives. CSL has always been in the frontlines to aid activities that aim to empower the children and bring them into mainstream for a better future. Evidently, CSL extended support to Different Arts Centre, Thiruvananthapuram. .

Different Arts Centre is an initiative by the renowned Magician Shri.Gopinath Muthukad within the campus of Academy of Magical Sciences in association with Kerala Social Justice Department and Kerala Social Security Mission. It aims to engage hundred differently abled children who are talented in various dimensions of art like music, dance, magic and painting. The children will be trained and given chance to perform in various stages around the world. These children are treated like other employees of the organisation and handsomely paid for their performances to earn a living of their own.

CSL recognises these children as valuable future citizens of our nation. They are neither to be marginalised nor to be excluded from the mainstream society. With CSL’s help Different Arts Centre will be able to bring up more talents among the differently abled children. 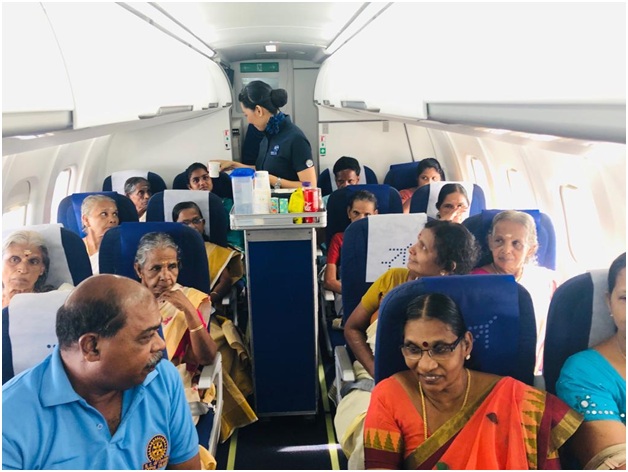 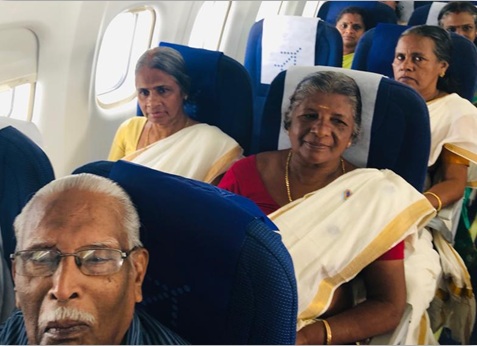 Living through all ups and downs of their lives and having spent good old days to ensure a bright future for their children, the tendency to neglect the elderly is becoming a social concern in the present scenario. Cochin Shipyard and Rotary Club of Cochin Vypin Island came forward to provide care and protection of the inmates of Navathara Old Age Home, Vypin, Pallipuram. CSL supported Rotary Club to render first ever flight experience to the inmates of the old age home.

Inmates had a very memorable day of their lives. Their wish to fly atleast once in their lifetime became a reality. The programme emphasized the fact that senior citizens are not to be neglected or marginalised. Their dreams and wishes ought to be given wings. 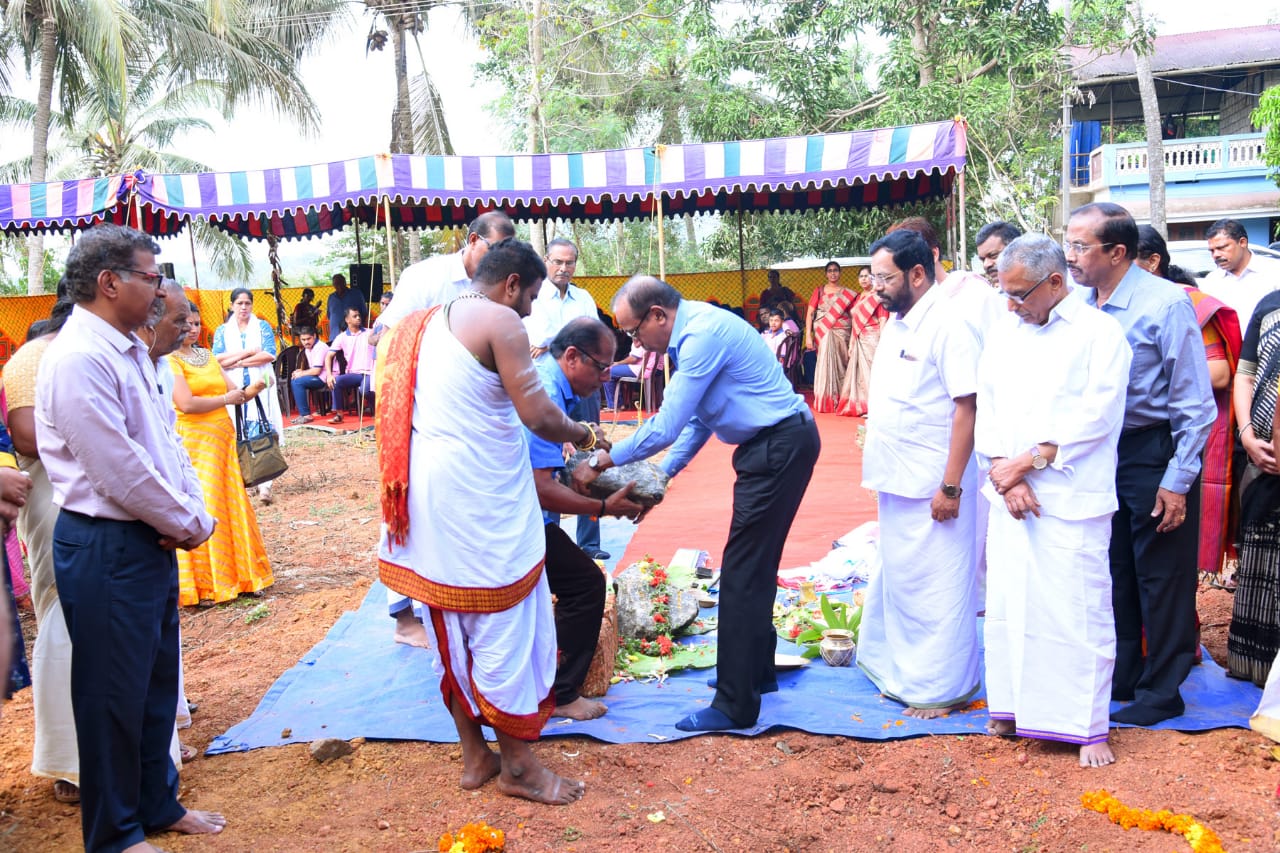 Enabling the Differently Abled to have a Empowered Life

Swasraya Charitable Trust is a special child development and vocational training centre for differently abled located at Kuttur in Thrissur district. The institution caters to empower the differently abled who are suffering from mental retardation, autism, cerebral palsy and multiple disabilities irrespective of age and gender. They have made commendable services towards the rehabilitation of the differently abled people so as to lead a dignified life.

On recognising their noble efforts, CSL supported them for the construction of a vocational training centre. In the ceremony held on 20th December 2019, CMD, CSL Shri Madhu S Nair laid the foundation stone of the centre in the presence of Smt. Roopa Sekhar Rai, Chairperson, CSR and SD committee of CSL, Shri. Radhakrishna Menon, Independent Director, CSR and SD committee of CSL along with Kolazhy Grama Panchayath President, Shri. P G Unnikrishnan.

The training centre will be instrumental in providing vocational training programmes in screen printing, food processing, handicrafts, paper cups, artificial jewellery, agriculture and in data entry. Such an initiative will aid the beneficiaries to become self-reliant. 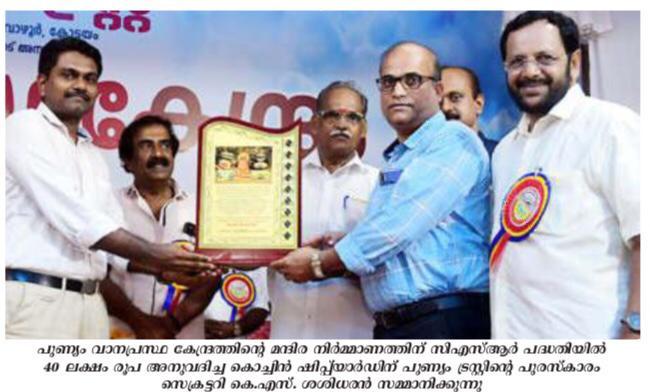 ‘Vanaprastha’- Towards a Healthy and Peaceful Retired Life

Economic issues and the social inability of the nuclear family system to take care of the elderly drive the aged people to lead lives of sub human existence. A roof over their heads is a critical need of the elderly people who are infirm, sick and abandoned by their family. CSL strives to provide them a healthy, peaceful, happy and fulfilling retired life.

Punnyam Charitable Trust of Vazhoor, Kottayam district approached CSL seeking support for their project Vanaprastha, which envisages a rehabilitation and yoga centre along with the provisions for ‘pakalveedu’ (day care centre) for elderly people. Recognizing the need for pursuing noble goals of good health and well-being of aged and infirm, CSL openheartedly supported the Trust in its initiative named Vanaprastha. The ‘Pakalveedu’ named as Vanaprastha kendra provides day time accommodation and recreational facility for the aged and destitute people. Depending on their education and other parameters like age and health, these people will be trained to take up various jobs like mentoring youth and passing on traditional folklore and handicrafts so as to engage them with sharing of their golden experiences of life.

On 26th December 2019, Vanaprastha kendra was inaugurated by honourable Member of Parliament, Shri. Anto Antony in the esteemed presence of Dr. N Jayaraj M L A and Shri. B Radhakrishna Menon, Chairman of Audit and Accounts Committee of CSL, among others.

CSL values elderly people as important assets of our society whose experience, knowledge and wisdom is inevitable for the success of our younger generation. Assisting the elderly to lead a self-reliant, dignified and empowered life has always been an important concern for CSL. 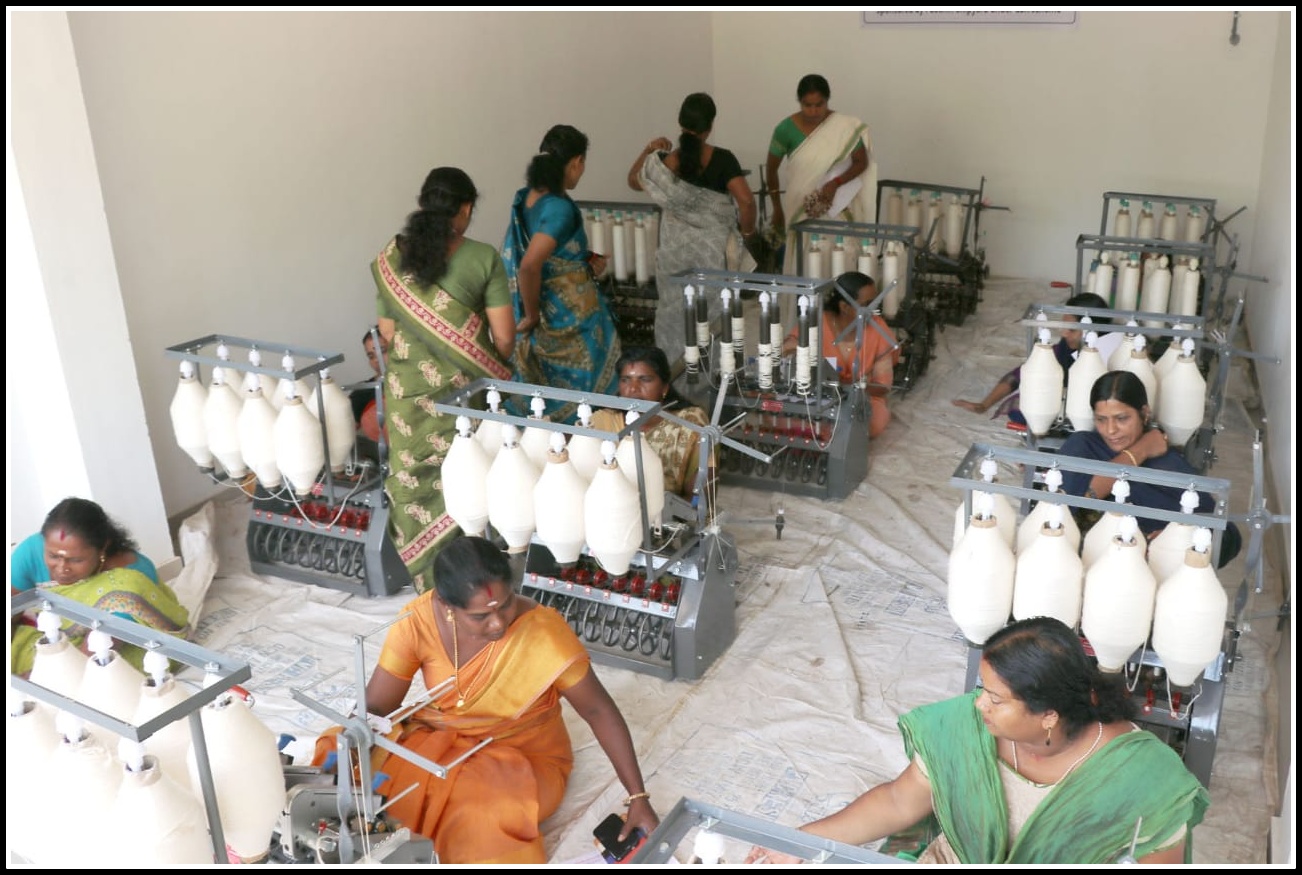 The devastating flood affected the central Keala heavily. The heavily affected are the people who living around the river Periyar. Chendamangalm, one of the heavily affected villages is famous for its traditional weaving hub. The majority of the community involved in spinning and weaving lost all their property in the flood. CSL along with Gandhi Smaraka Grama Seva Kendram, Nanthiattukunnam, Ernakulam District took initiative to extend financial support towards Repair/Replacement of Charkhas and related facilities. Thus, the District Collector proposed project could able to regain the livelihood opportunities of 104 Khadi artisans of Paravur area. This could facilitate the women empowerment since a large number of women engaged in this small scale business. 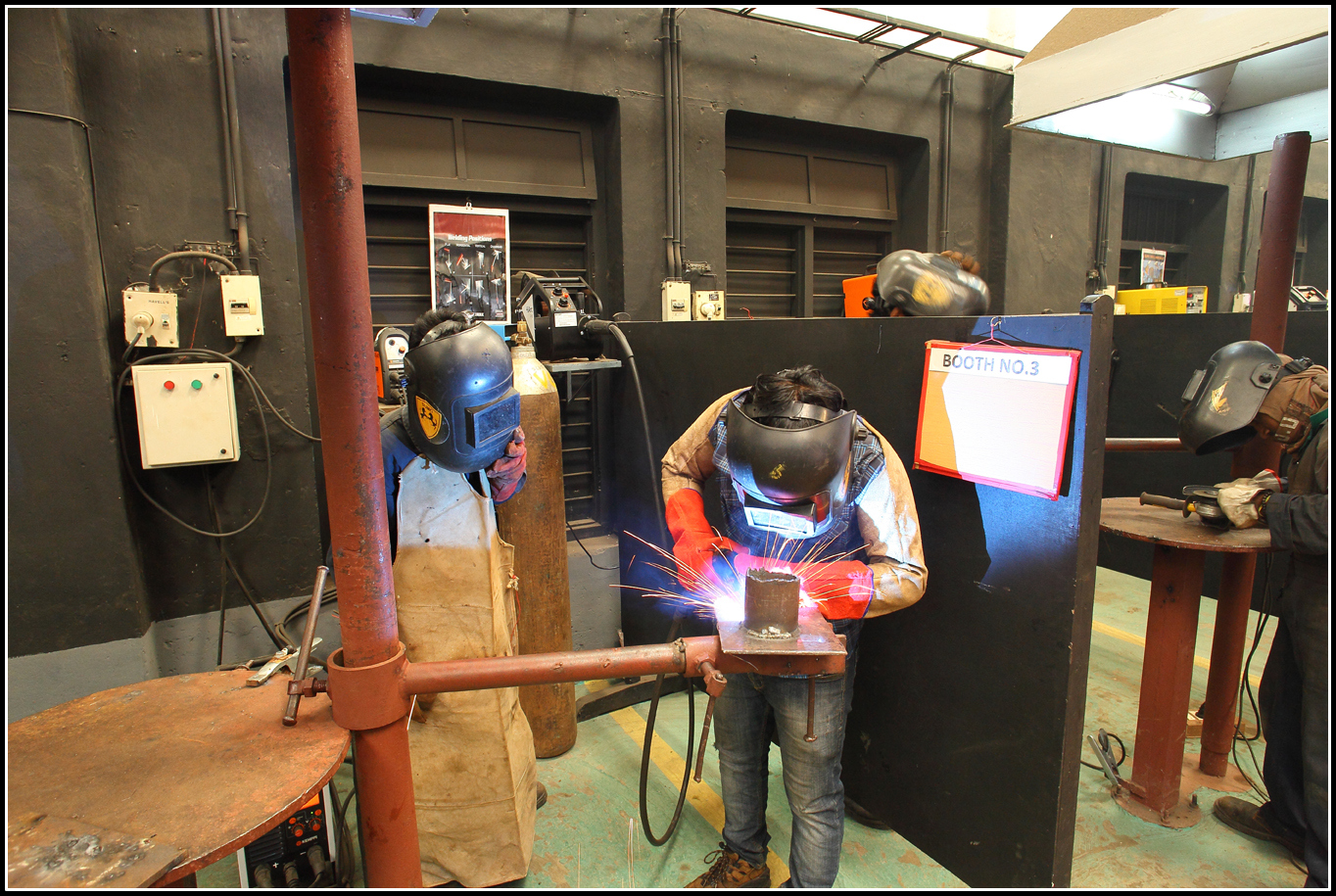 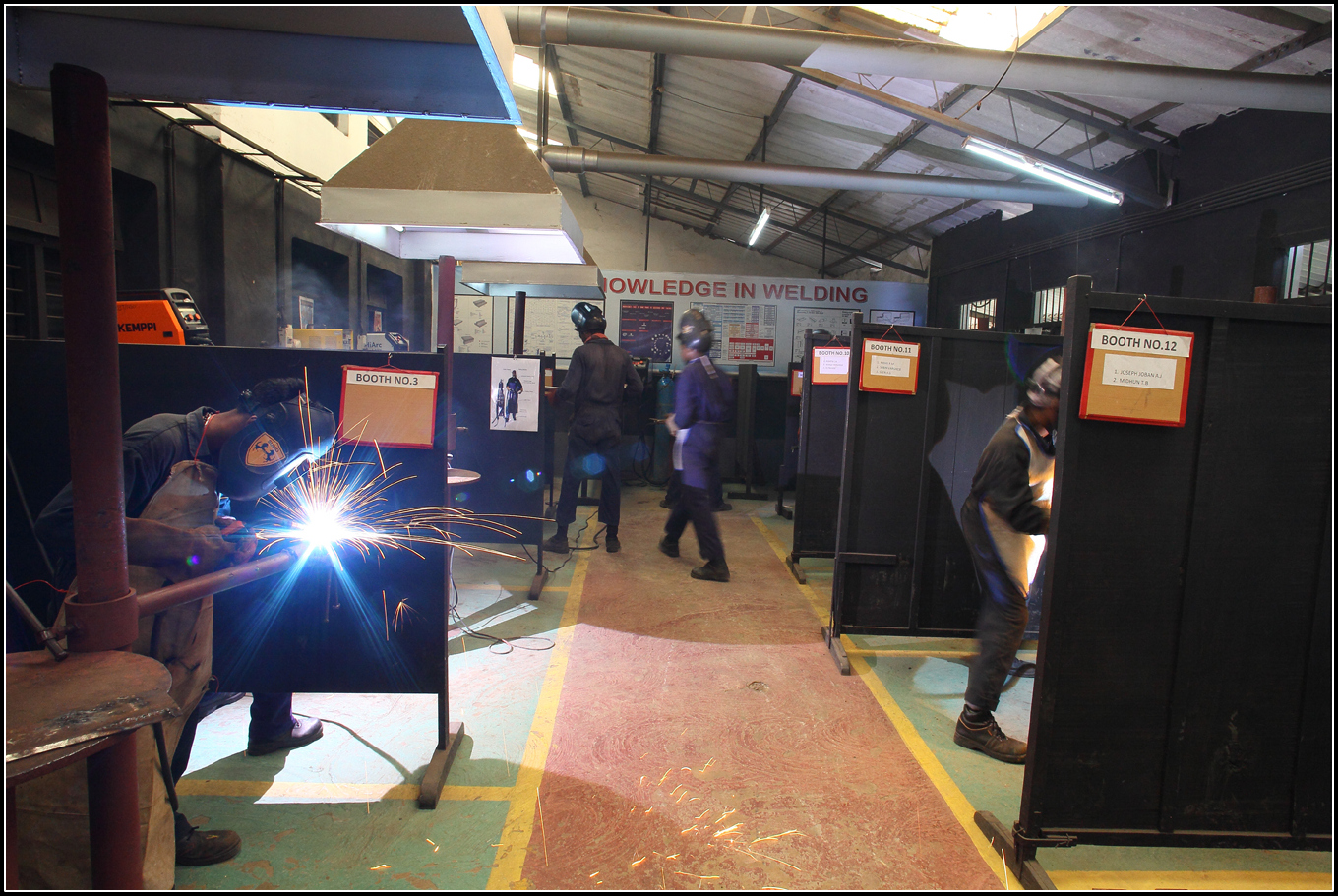 Knowing the link between skill development and employment generation CSL in its CSR policy has identified Skill Development as one of the most important areas of operation. CSL, one of the largest shipyards in India has gained considerable expertise in the area of welding technology. Hence as a part of their social commitment initiatives, the Don Bosco Tech Institution, Vaduthala, Ernakulam in collaboration with Indian Institute of Welding (IIW) Cochin branch provided skill training in welding (MMAW+MIG/MAG and MMAW+TIG). A total of 120 marginalized youth benefitted from this programme conducted on three batches and got certified by the National Skill Development Council. 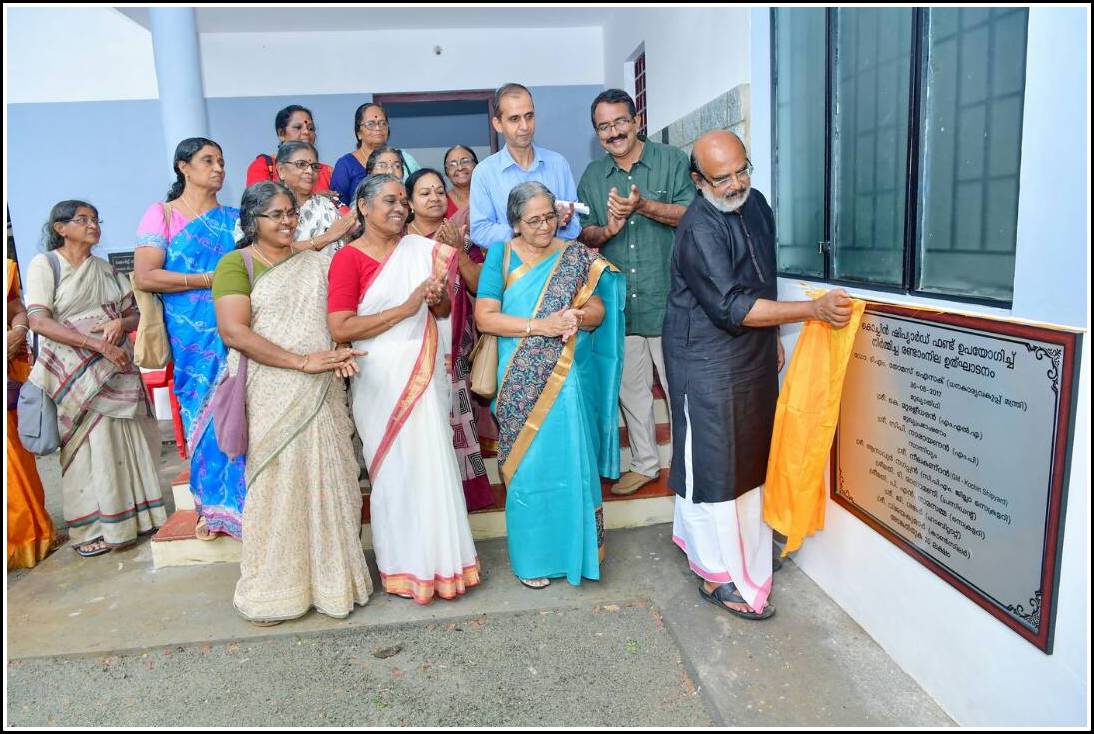 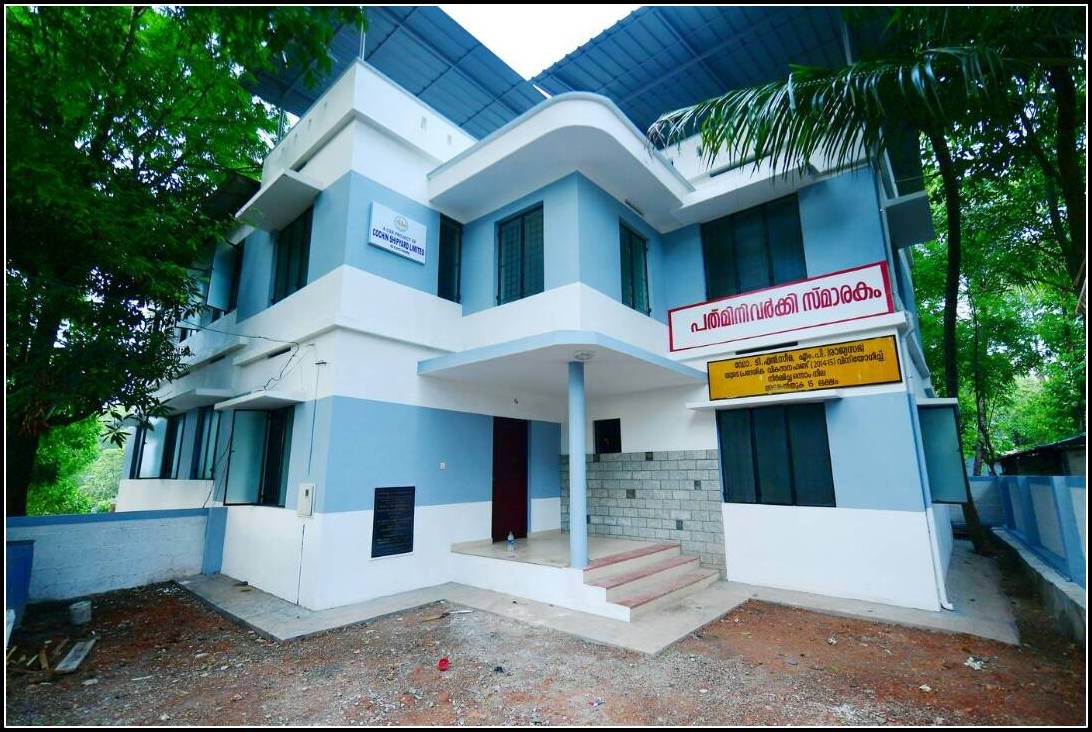 As a women empowerment initiative, CSL has supported building a short stay home at Nettayam, Thiruvananthapuram for the benefit of the victims of domestic violence.

The project is run by the Kerala Working Women Association, Thiruvananthapuram. The home was inaugurated by the Kerala Finance Minister, Dr Thomas Isaac. CSL’s CSR support was to the tune of Rs.20 lakhs 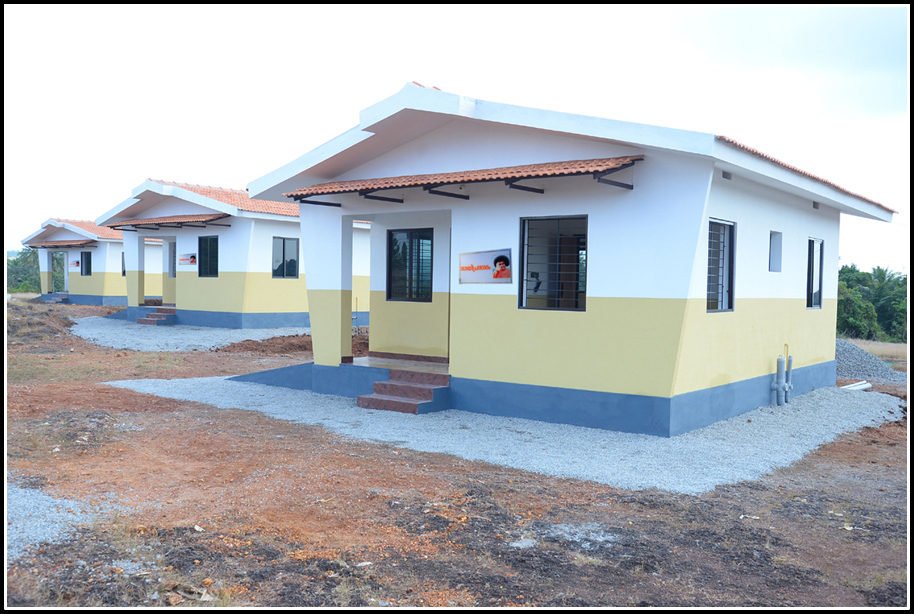 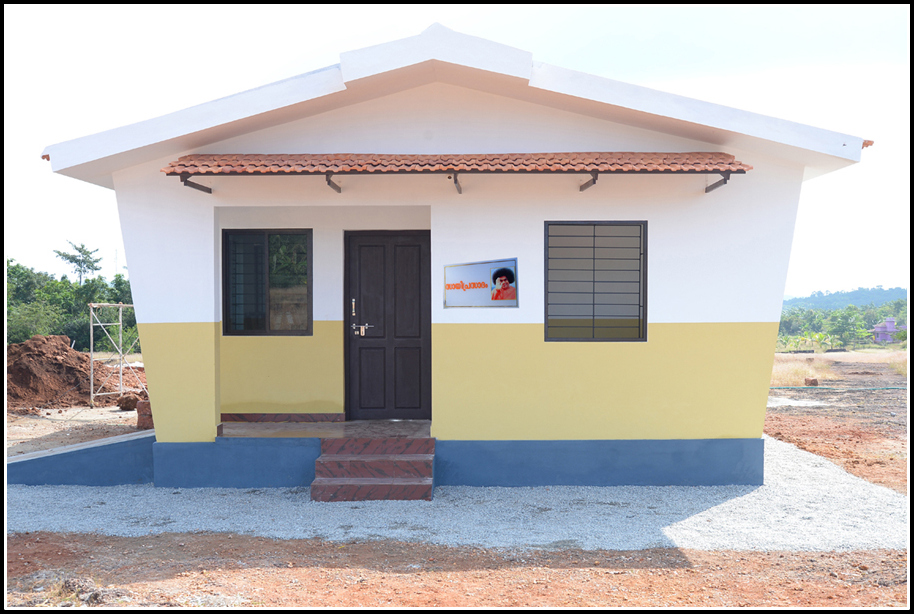 Keys Of Houses Handed Over To Endosulfan Victims

The ill effects of excessive usage of pesticides have crippled the life of many communities world over. The endosulfan victims of Kasaragod District in Kerala is a living example of this.

The pesticide sprayed on thousands of hectares of hilly cashew plantations and resultant pollution of their air and water bodies has caused contamination of the environment.

Studies have documented that endosulfan has affected human development and endosulfan exposure is linked to delays in growth and maturity among children.

Virtually wiping the tears of endosulfan victims, Cochin Shipyard, joining hands with Sathya Sai Orphanage Trust agreed to support construction of five houses of the 108 houses proposed to be built by the trust.

In the first phase, CSL has funded for construction of five houses. CSL has spent Rs.25 lakhs, for five houses, each house having a cost of Rs.5 lakhs.

Chief Minister, Shri Pinarayi Vijayan handed over the keys of the houses to the beneficiaries. The 500 sq. ft., two-bedroom houses are built on five acres of revenue land allotted by the previous UDF government.

The Revenue Minister E. Chandrasekharan handed over the title deeds of 10 cents of land each, where the houses are built, to the beneficiaries.