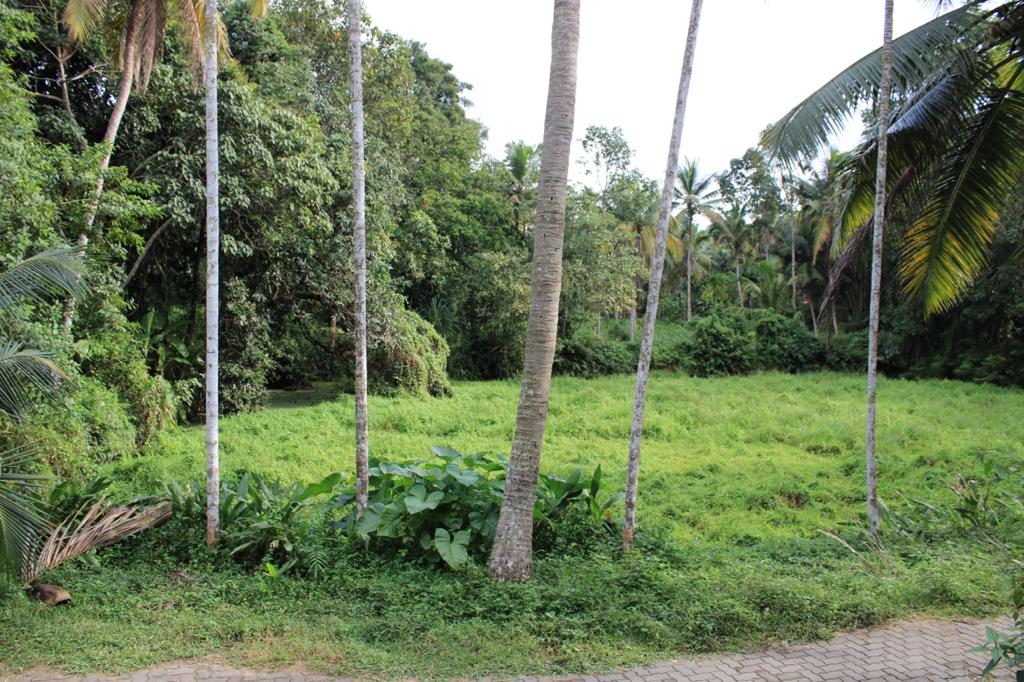 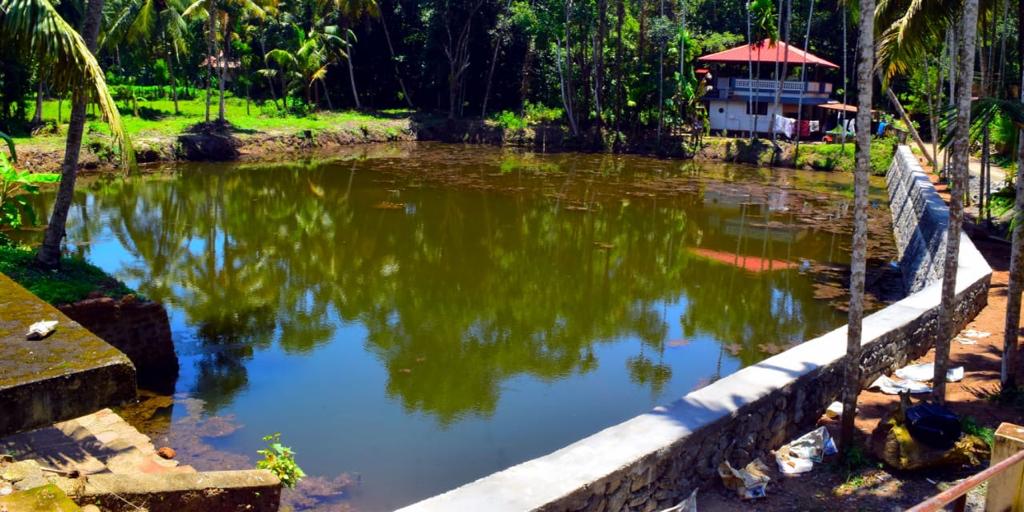 When water is increasingly turning into a sparse commodity, the district administration has managed to bolster its water conservation measures by its innovative and unique project named Harithakeralam Mission with the support of Cochin Shipyard’s Corporate Social Responsibility scheme and Amballur Grama Panchayath.

The pond was completely beyond the use as it was filled with filthy materials which converted into a new source for agriculture purposes after cleaning the whole area around 50 cents. A total of 6 ponds were selected to renovate at Ernakulam District under this project with the support of CSL, contributing a total amount of Rs.35 Lakhs. 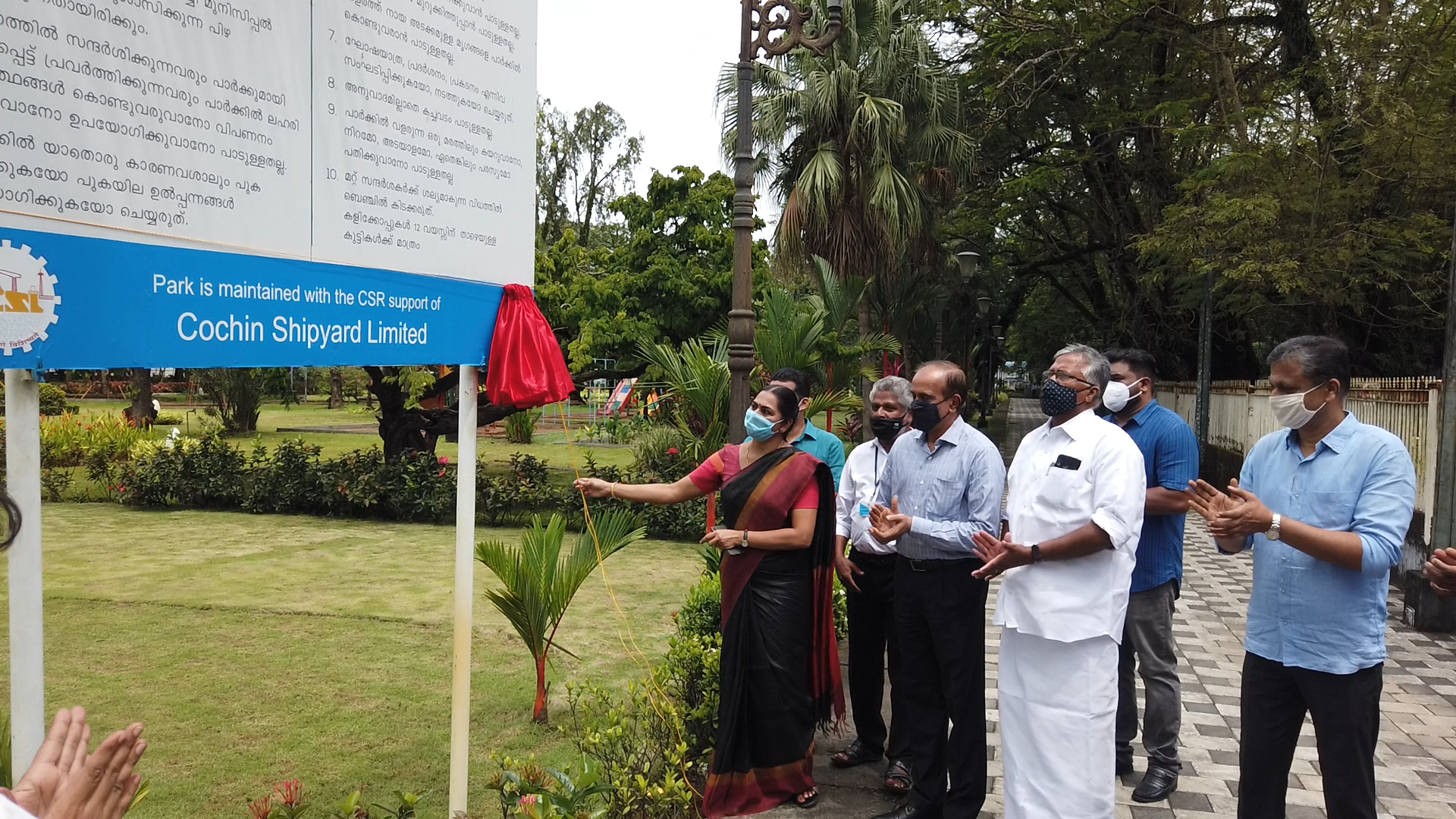 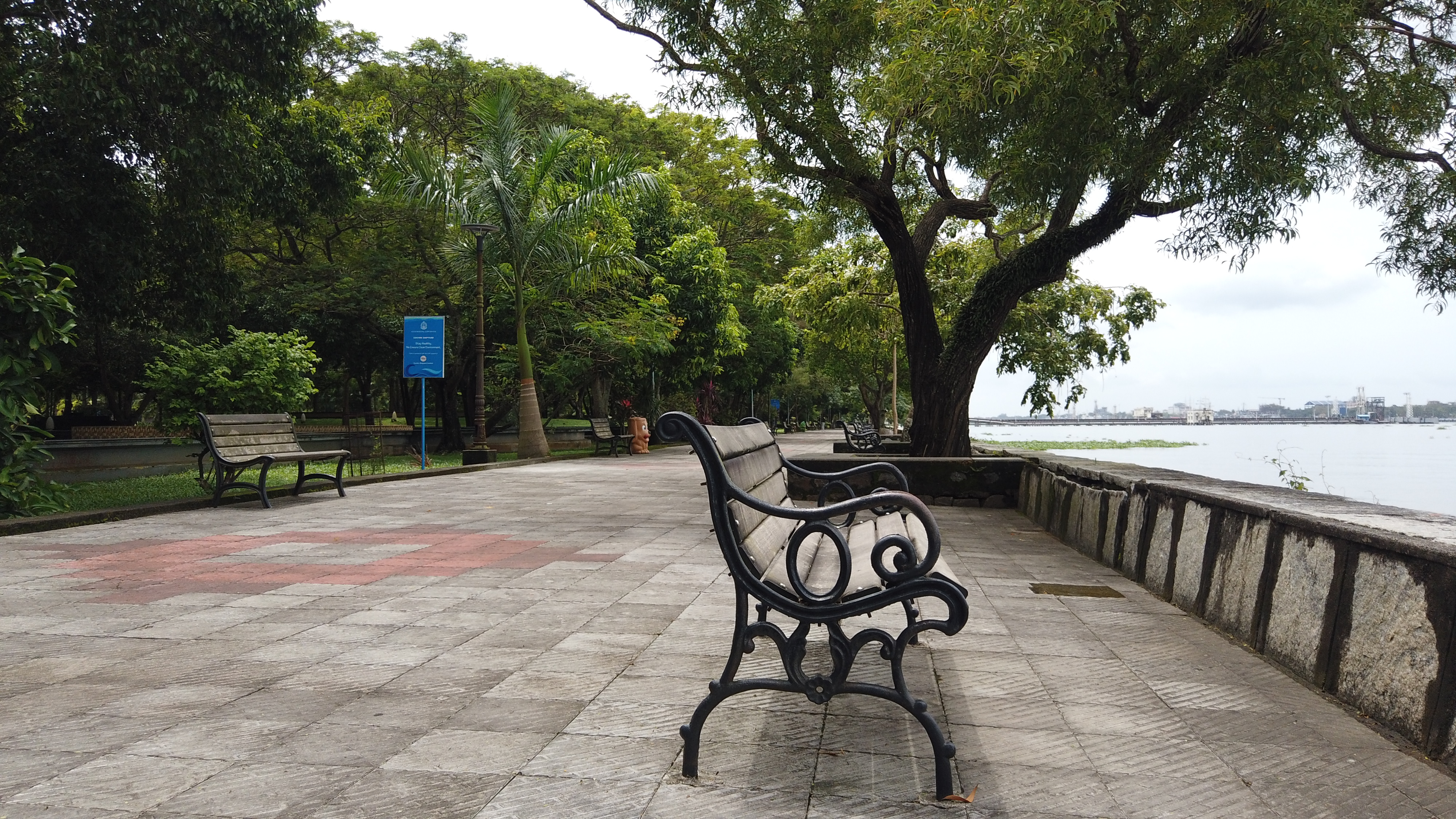 The green quiet oasis of the bustling Kochi overlooking the calming Vembanad Lake, Subash Park is a delightful experience for children, youngsters and aged alike. Lakefront park at the heart of Kochi maintained by the Centre for Heritage, Environment and Development under Kochi Municipal Corporation is a nice place to enjoy the breezy winds resting under the green canopies and lush lawns. The park is also housing a number of sculptures and art works of eminent sculptors and artists.

CSL has come forward towards maintenance of the park for the year 2020-21 as part of its Corporate Social Responsibility.

Owing to COVID-19 restrictions, the park has been closed for nearly seven months now. Cleaning and maintenance of the park are being undertaken efficiently and the park is now all set to re-open whenever government grants permission.

An urban forest is a forest or a collection of trees that grow within a City or town which may include any kind of woody plant vegetation growing in and around human settlements. Cochin Shipyard Ltd., initiated this pilot project of a mini forest within the township using Miyawaki method with the technical support of NGGF, Trivandrum.

The project implemented at a 5 cents land owned to CSL in the amidst of city, at Panampilli Nagar. The afforested area was enclosed with a boundary wall of height about 2.25 ft. A green net has been spread as a roof cover at a height of 6 ft from ground to mitigate the impact of direct sunlight.

The afforestation has been carried out making use of the method developed by Japanese botanist Prof. (Dr) Akira Miyawaki that helps in creating dense, native forests. The approach is supposed to ensure that plant growth is 10 times faster and the resulting plantation is 30 times denser than usual. The purpose of this method is to restore the original forest ecosystem using tree species native to that region. The methodology adopted aims at reducing the time span for regenerating natural forests in a barren land to 1/10th of normal secondary succession 200 to 500 years.

The process involved digging the site with one meter deep which further filled the manure comprising of 5 tons of rice hull, 10 tons of dried goat droppings, 10 tons of coir pith and approximately equal quantity of sieved soil was filled in the pit in a descending ratio. The first layer filled in had a proportion of 16:3:3 quantity of soil, goat droppings, coir pith and rice hull and the top most sixth layer had a proportion mix of 3:3:3:3.

The Plantation activity had took place after marking the site into squares of 1 sq mt each in which 4 plants were to be planted. About 1061 forest, fruiting, flowering and medicinal plants which were carefully tended in specially prepared potting mix for three months was then replanted evenly in the marked squares. Mulching was done after planting on the entire site with 100 sacks of wood shavings to retain moisture and keep check on weeds. The watering is manually done daily with hose pipes and sprinklers. 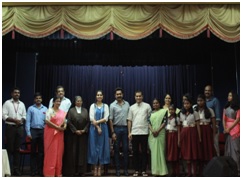 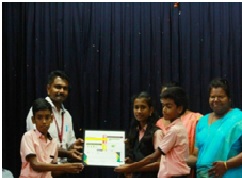 Aiming to create awareness among the youth on the need to recycle and creating an action plan to reduce plastic waste in the city, Cochin Shipyard Ltd., supported the initiative of Bhoomitra Sena Club of St. Teresa’s College, Ernakulam for the project named “Plastic Kurakkam, Kurakkanam, Kurache Pattu (PK3)”.

On 20th February 2020, a valedictory function to honour the school students who recycled the most number of plastic carry bags in the recycling drives lasting over a year under the PK3 was organized. The formal event was presided over by honourable MP Shri. Hibi Eden, who encouraged and applauded the eco-friendly initiatives and efforts of the College. The function blessed with the presence of Cine artists Mr. Asif Ali, Ms. Niranjana Anoop and Ms. Prayaga Martin were the chief guests for the function where Shri. Shithil Nath K.G, Manager (Fin) and Shri Yoosuf A K, DM (CSR) of Cochin Shipyard Ltd distributed the certificates to the school students who were a part of PK3 project. Three best performing schools were awarded Rs. 50,000, Rs 30,000 and Rs 20,000 respectively.

CSL supported this novel initiative of the students to spread messages on the need to protect environment and create awareness among the youth.

On the occasion of the 150th birth anniversary of Mahatma Gandhi, Cochin Shipyard Limited (CSL) along with Times of India organised "One Less Plastic Bag" an awareness campaign to curb the use of plastic in day to day life. CSL launched this three day awareness programme to spread the importance of embracing eco-friendly options and avoiding disposable, single - use plastic in day to today life.

In this campaign jute bags with a printed message "1 Less Plastic bag" were given to those carrying plastic bags at various parts of Ernakulam. 25000 jute bags are planned to distribute during this three day campaign from starting from 02nd October 2019. During the launch of the programme at MG Metro station Shri. Suresh Babu NV Director (Operations), CSL spoke on the hazards of plastic. Shri. Ramesh KJ, CGM (HR), Shri. Subash AK DGM (P&A) and Shri. Sambath Kumar were led the campaign along with other team members of CSL.

The event was held on 30 May 2017 at 9 AM at Vadavukode Panchayat, Ernakulam District, in the presence of prominent people’s representatives and the District Collector.

The project, funded by Cochin Shipyard, as part of CSR was declared to be inaugurated on 22 March 2017 (World Water day).The project was taken up under the leadership of Ernakulam District Administration, as part of ‘Haritha Kerala Mission’ with active public participation. 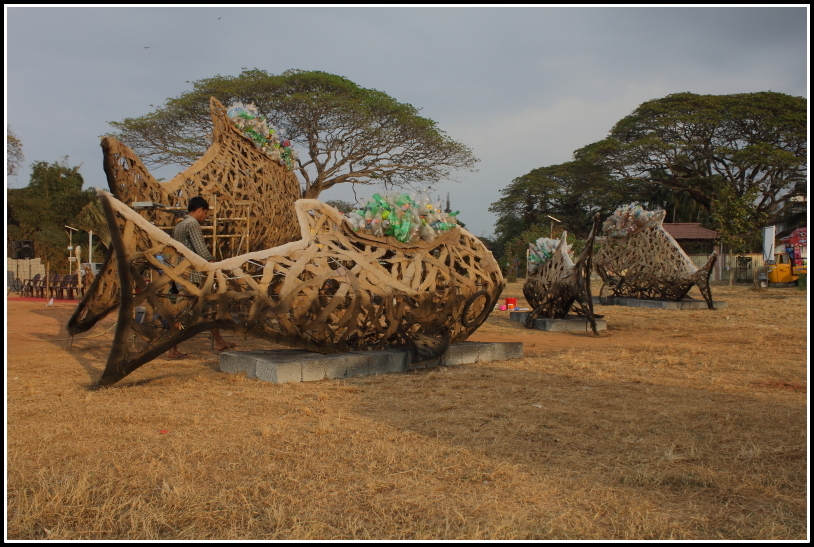 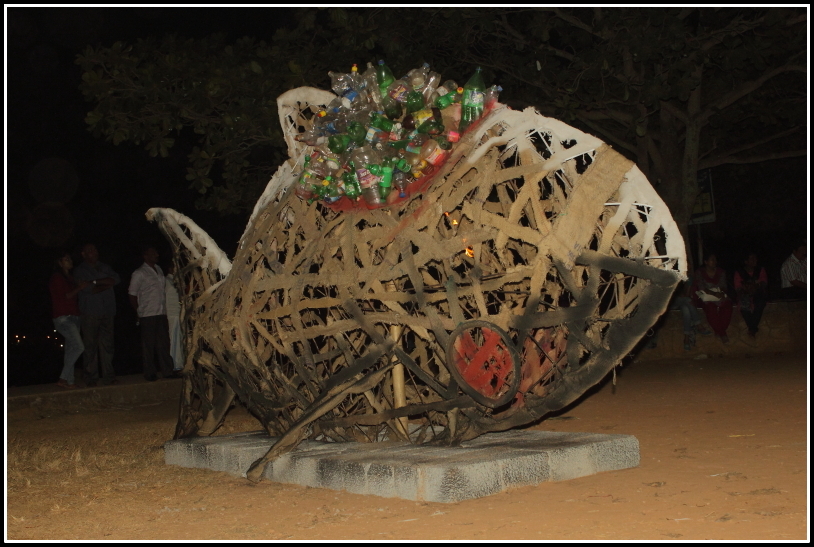 Commissioning of Art Installation "Fish Cemetery" at Fort Kochi Beach as part of the Swachh Bharat Abhiyan of GOI.

The 3rd edition of Kochi Muziris Biennale 2016-17 was organized from 12th December to 12th March 2017. An estimated million visitors with concerns for the environment and international media participated in this event. As a part of Swachh Bharat Abhiyan, CMFRI wanted to create awareness on the impending need to protect the marine resources from pollution especially the fish through a big art installation at Fort Kochi beach during the time of Kochi Biennale 2016-17.

CMFRI erected a novel concept titled 'Fish Cemetery' which is a state of art installation with scrap metals, ghost net, left over plastics sourced from beach with an approximate area of 2000 sq.ft. with the objective of creating awareness about need for protection and conservation of flora and fauna and also about its significant contribution towards Swacch Bharat Abhiyan.

The art installation was exhibited over a month along with media meet and other programs. CSL extended support to the tune of Rs.4.50 Lakhs to CMFRI, Cochin. 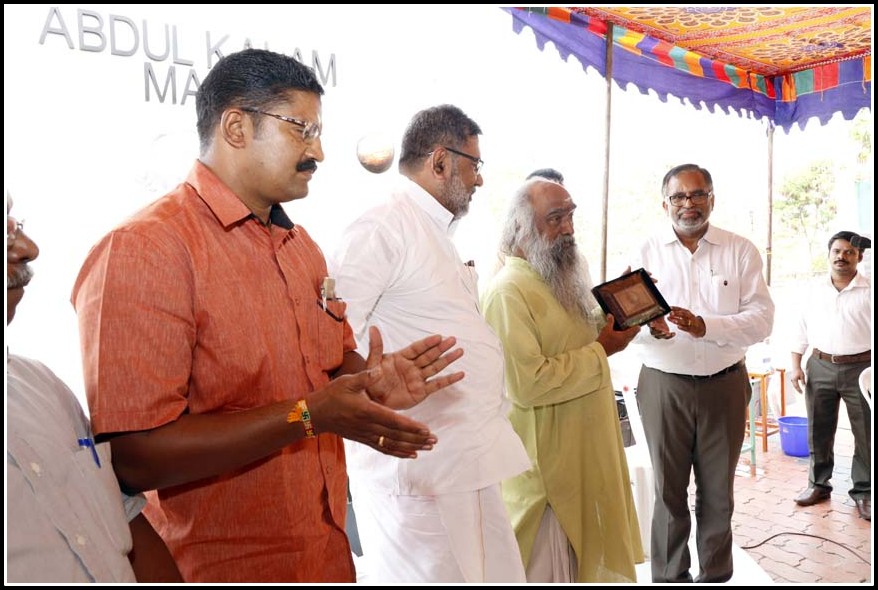 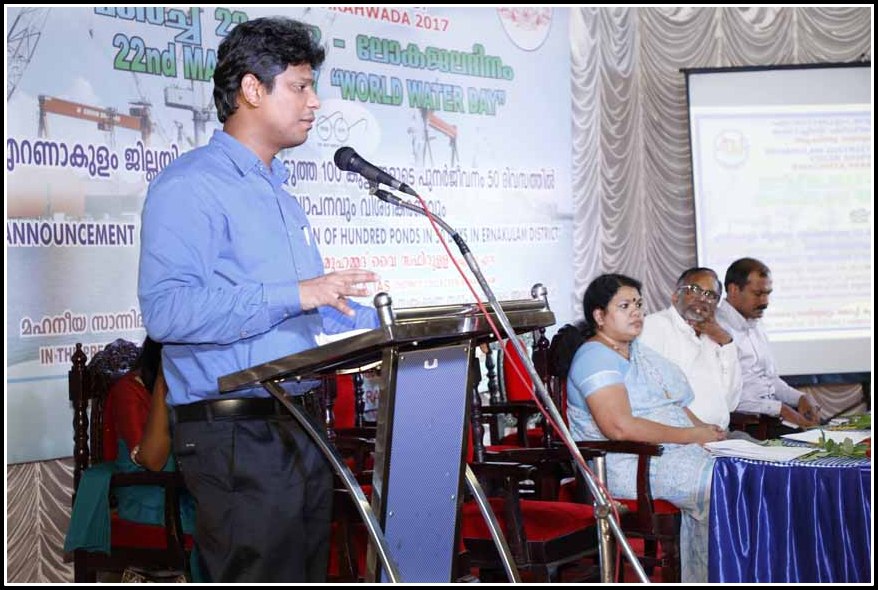 Celebration of "World Water Day" A Unique Experience at CSL

In solidarity with the international theme of Why waste water on the World Water Day, Cochin Shipyard organized various programs in collaboration with different stakeholders as a part of its “SWACHATA PAKWARA” celebration, contributing to the over arching Swachh Bharat Abhiyan of Government of India.

One of the major objectives of the celebration of World Water Day is to create awareness among the public about the importance of conserving water and reducing its wastage. Realizing the significance of water in Kerala especially in Cochin, CSL in collaboration with the Local Administration organized a platform for people to express their concerns related to water (through Paintings on the canvas) at Abdul Kalam Marg, Marine Drive. The event was launched by none other than the famous artist Shri. Kaladharan Master. As a part of the inauguration he drew a picture depicting his own concern over the water problem, which was a unique way of launching the event. Many artists present on the occasion made their painting on the canvas arranged for the event and drew the attention of the people on the impending dangers, if no effective precautionary measures are taken to reuse, recycle and reduce the wastage of water. This unique event was concluded in the evening with the performance by a Children’s Troup from Peringottukara ( Vadakkanchery area) who used bamboo musical instruments to sing and praise the need to conserve water. The famous artist, Shri. Satyapal concluded the event by exhorting everyone to seriously enter into small actions that can enhance the water availability for the present and for the future.

The day also witnessed a colloquium on water, in partnership n with the District Administration of Ernakulam. A new scheme “ Renovation of 100 Ponds in 50 Days’ was announced in the colloquium where various representatives of the Local Self Government bodies of Ernakulam District were present at the Fine Arts Centre. The District Panchayat President and the District Collector were present on the occasion. The scheme is to enhance drinking water availability in all the punchayats of Ernakulam with the active participation of the people. CSL General Manager announced CSR support for the scheme once the details are worked out with the district administration. He emphasized that the program must be sustainable with effective local participation. The assistance of CSL Volunteers (Sena) will be made available apart from the financial support for effective implementation of the project.